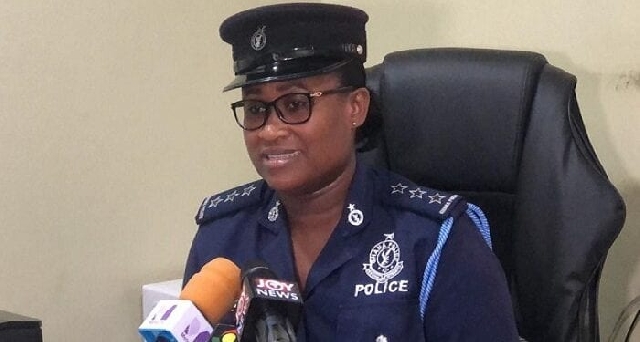 The Ghana Police Service has warned the public to disregard any call to demonstrate by the conveners of the #FixTheCountry campaign.

According to the police, although the Supreme Court has quashed an earlier order granted by a High Court restraining the conveners from protesting, it does not give them the right to protest.

The police explained that the decision of the Supreme Court was based on the indefinite terms in which the ex parte order was made.

“However, the Supreme Court refused to restrain the Ghana Police Service, their agents, assigns, workmen, or workwomen from unlawfully interfering with the constitutional right of the conveners of the #FixTheCountry protest from embarking on a public demonstration”.

“The substantive case between the Police and the conveners on their right to demonstrate is still pending at the High Court (Criminal Division 1) Accra, and slated for hearing on Monday, 14 June 2021,” a police statement signed by DSP Effia Tenge, Head of the Public Affairs Unit said.

It is recalled that the #FixTheCountry campaigners were served with an injunction by the Ghana Police Service on Thursday, 6 May 2021, which prevented them from demonstrating against the government due to the imposition of COVID-19 restrictions on mass gatherings.

The campaigners, immediately on 7 May 2021, filed an application at the Supreme Court seeking to set aside the order of the high court.

Due to the high court injunction, the intended 9 May #FixTheCountry demonstration was done virtually.

The campaigners intend to protest against the high cost of living in the country and demand better governance.