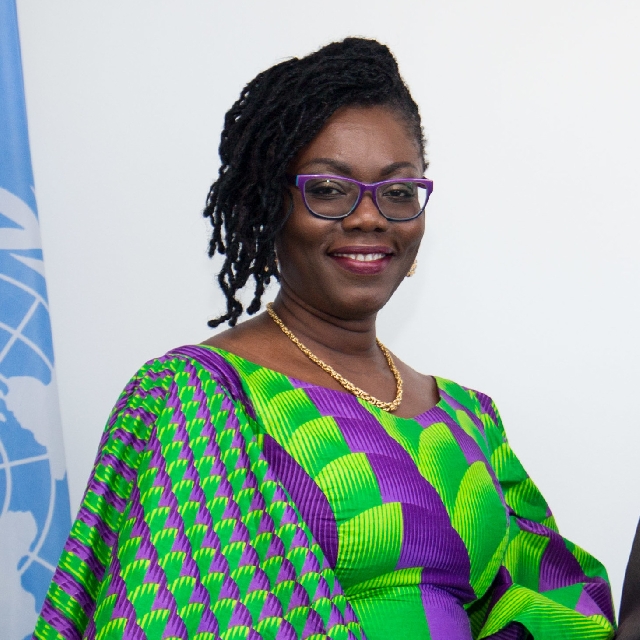 The Ministry of Communications and Digitalisation has hinted at a special dispensation for citizens who as a matter of fact do not have a Ghana Card and so have not yet taken part in the ongoing SIM Registration Exercise.

The announcement was made in a statement released today, Friday, 11 November 2022.

An “announcement will be made shortly on measures to accommodate those who genuinely do not have Ghana Cards, once the ongoing consultations have been completed,” the Ministry assured.

The Ministry also informed that presently, “30,011,082 have completed the first stage” of the SIM Registration Exercise, which was explained as: “linking of Ghana Card to SIM Number.”

The second and final stage is one’s biometrics being captured and “as at 9th November 2022, 20,892,970 subscribers had” done that according to the Ministry.

“Almost 70% of these registrations have been completed,” it revealed.

“That is their choice and we cannot begrudge them,” the Ministry admitted but sternly warned: “All SIM cards which have completed the first stage of the registration exercise but not done the second phase will be blocked from accessing data services on 20th November 2022 and completely deactivated on 30th November 2022.”

Following that, it encouraged citizens to: “Kindly contact the National Communications Authority (NCA) or the requisite network operator if you require any assistance.”

Highlighting the purpose for the SIM Registration Exercise, the Ministry, led by Mrs Ursula Owusu-Ekuful, said, it is “part of measures being taken to ensure a secure and safe digital ecosystem,” and asserted that: “We can all attest to the fact that there has been a noticeable decline in SIM-related fraud since the commencement of the Registration Exercise.”

Mrs Ursula Owusu-Ekuful and her team also maintained: “the maximum number of SIMs that can be registered by an individual is ten.”

Read the entire statement below: 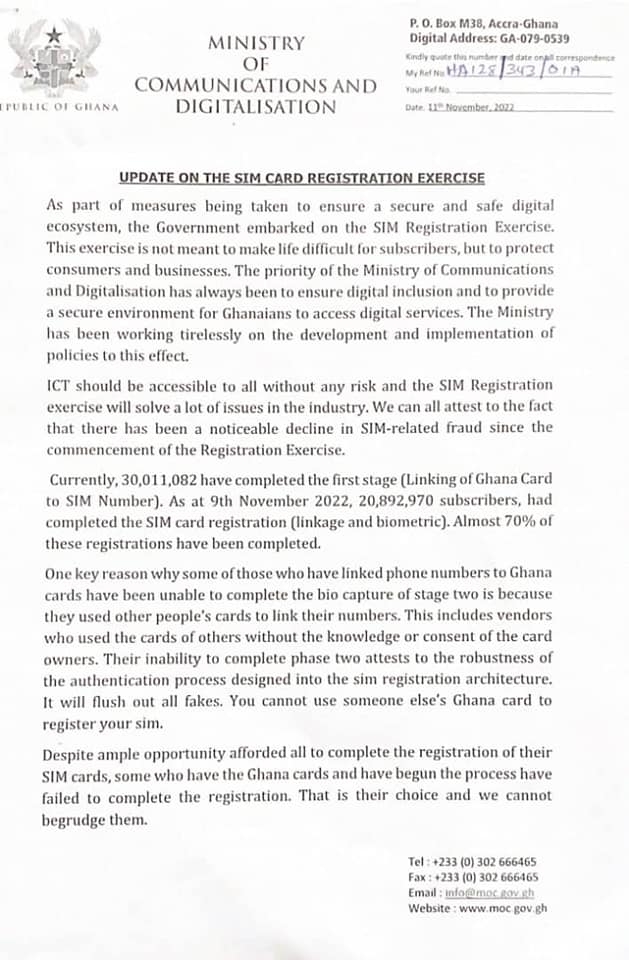 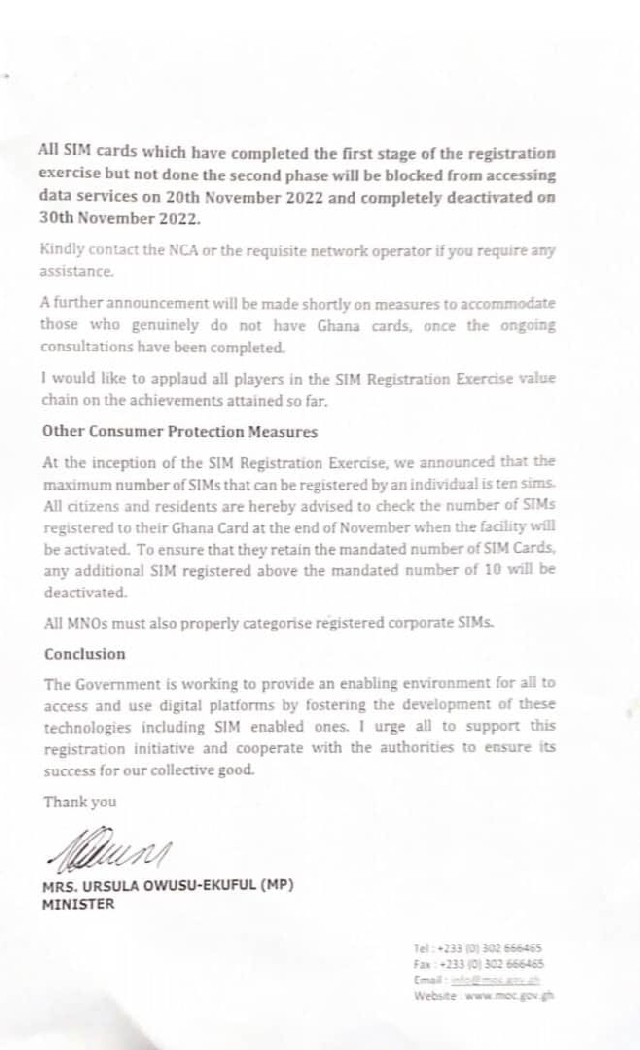