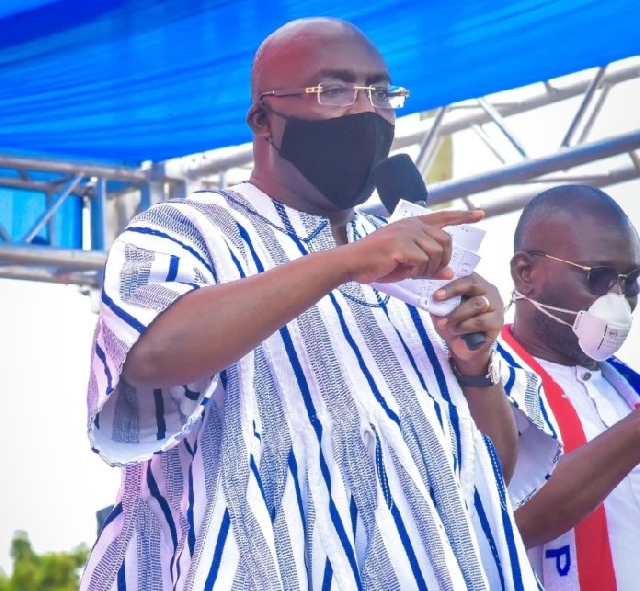 The Wala Traditional Council and Islamic Religious Authority have apologised to Vice President Dr Mahamudu Bawumia for the rejection of a funeral donation he made to the family of the late Imam of the Wa Central Mosque, Dr Suleman Mahama Haroon Bakuri.

A letter to the Vice President jointly signed by the overload of the Wala Traditional Area, Waa Naa Fuseini Seidu Pelpuo IV; the Chief of the Muslim community in Wa, Yeri Naa Alhaji Sualihu Mumuni Sungumo; and the Upper West Regional Chief Imam, Imam Alhaji Osman Mahama Kanihi on Monday, 14 September 2020, said its attention had been drawn to a press release issued by the family of the late Imam of Wa Central Mosque, on 11th September in which the family of the late Imam rejected a donation made to it by the Vice President.

It noted that: “We wish to state that the ground on which the family" of the late Imam took the decision to reject the donation of the Vice President “is alien to the customs and tradition of the Wala people and, therefore, most unfortunate”.

“The least we should have been doing, as a people, was to thank you so much for your recent visits to the Wala Traditional Area, in particular, and Upper West Region in general.”

The statement continued: “We, the traditional authorities, would want to, on behalf of all the people in Wa, and the Muslim Ummah, render an unqualified apology for the unfortunate incident.”

The family of the late Imam was alleged to have rejected an amount of GHS20,000 from Dr Bawumia, as his support toward the burial and funeral rites of the Imam.

The family asserted that although the money was for a purpose, it could not accept it because the funeral rites had already been performed.

It also indicated that although the Vice President visited the region, he did not visit the family of the late Imam to mourn with them.

“Besides, the Vice President never showed up, in person, to mourn with the family when he paid a visit to the region on the 7th of September 2020.

“The money was only sent through the Constituency Chairman of the NPP for Wa Central, which is unethical”, the family said in justifying the rejection of the donation.

A statement issued by the Head of the Limanyiri Family, Alhaji Issaka Mahama Bawmara, on Friday, September 11, stated that the “embattled” Imam called on the presidency, after he was prevented from performing his religious duties at the Central Mosque by the Upper West Region Minister, Hafiz Bin Salih, but there was no response.

“The Regional Minister used the powers vested in him by the Presidency to promote and support a rival faction as they purport to allegedly depose the Imam.”

The family continued: “Isn’t it ironic that neither the President nor his vice found it worthy to attend any of his funeral celebrations nor visit the family to mourn with them even when they visited and toured the region, yet find it expedient to send money through others to be donated to the family?”

“The family, however, wishes to express its sincere gratitude to the last-minute kind gesture by the presidency and wish to state that it, however, came too late when the final funeral rites have been performed.”