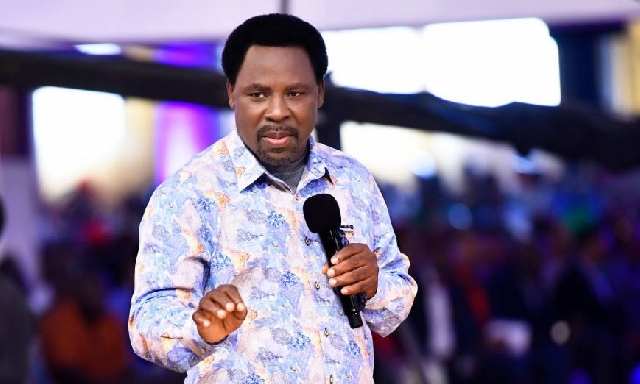 The founder and leader of the Synagogue Church of All Nations (SCOAN) died in Lagos, Nigeria, Saturday evening according to local media.

The cause of his death is not immediately known.

Prophet Joshua's SCOAN owned the famous Emmanuel TV, one of the largest Christian broadcast networks in the world.

T.B. Joshua is credited with lots of ‘controversial’ prophecies among which include Ghana’s victory at the 2009 U-20 world cup.