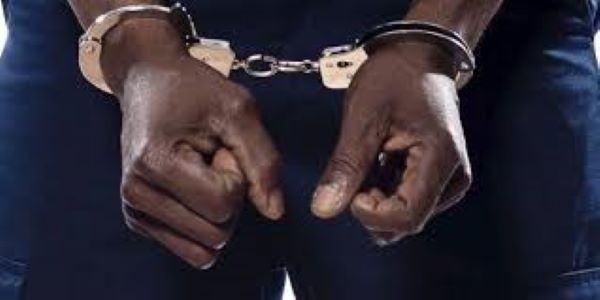 The Police arrested 3 out of the 4 suspects

The Accra Regional Police Command has arrested three persons who attempted snatching a vehicle from an Uber driver on Sunday, 21 February 2021.

This was disclosed by the Regional Public Relations Officer (PRO) DSP Afia Tenge, on Tuesday, 23 February 2021.

The three suspects include Prince Donkor, 29; Ebenezer Kisseh, 29; and Darko, 31.

The three are alleged to have picked an Uber from Tetteh Quarshie en route to Achimota Roundabout.

However, upon reaching the motorway, they attacked the driver and nearly took away the vehicle from him.

The timely intervention of a highway patrol team on that particular stretch saved the driver from the robbers.

A fourth suspect absconded into the bush.

The Regional Command has, therefore, begun a search for the fugitive.

The three suspects will also be arraigned and made to face the law.