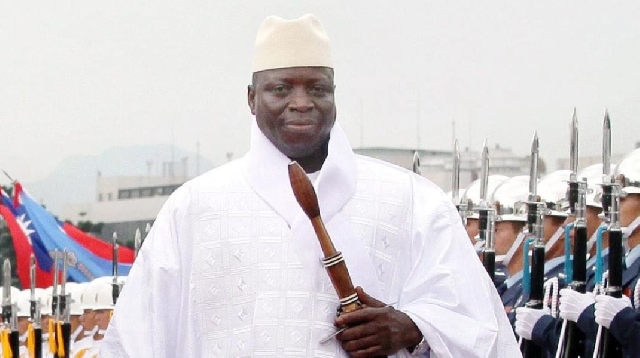 The Chairman of the National Human Rights Commission of The Gambia, Mr Emmanuel Daniel Joof, has said The Gambian government is committed to ensuring justice for some 44 Ghanaians who were massacred in The Gambia under Yahya Jammeh.

The Gambia set up The Truth, Reconciliation and Reparations Commission (TRRC) to investigate the atrocities that took place under Jammeh spanning 1994 to 2017.

Two Gambian soldiers who worked for a hit squad under Jammeh, on Tuesday, 23 July 2019, admitted to participating in the 2005 execution of 56 West African migrants, including 44 Ghanaians on the orders of the former dictator.

Lieutenant Malick Jatta and Corporal Omar A. Jallow revealed to the TRRC that the migrants were executed by the “Junglers” squad, a paramilitary force that took orders from Jammeh, across the Gambian border in Senegalese territory.

“We were told they were mercenaries,” Jatta said, adding that he shot and killed one of the migrants. “I heard people shouting in the forest saying ‘save us Jesus.’” Jallow told the TRRC that Lt Col Solo Bojang, the leader of the operation, told the men that “the order from Yahya Jammeh is that they are all to be executed.”

Speaking on the occasion of International Human Rights Day, Mr Joof called for closure for the families of the victims.

“We need to bring a closure to this one, we cannot allow impunity to reign. Perpetrators of such heinous crimes must be brought to book. Those who committed these crimes, investigations must be done and they should be prosecuted”, Mr Joof told Accra-based Citi FM.

He also called for the families of the victims to be compensated.

“The victims’ families are here, they need to be compensated; we need to bring closure, let us bring back, exhume those bodies hand [them] over to The Gambian authorities, let us give it back to the families so they can have a fitting burial.”