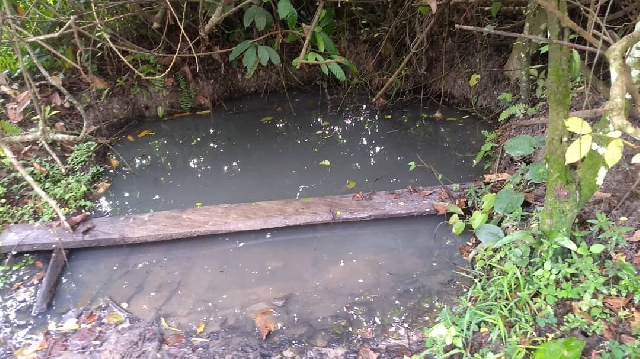 The residents drink from ths same source of water with animals

Residents of Aboabo Aboum, a suburb of the Twifo Atti-Morkwa District in the Central Region, have appealed to the local authorities to consider drilling boreholes in the area so they can have access to clean and safe drinking water.

Speaking on behalf of the residents, Mr Augustine Manso, popularly known as Elder Ananse, said the residents are compelled to drink contaminated water from shallow hand-dug wells as a result of the absence of potable water sources.

Animals, Mr Manso complained, share the same water source with the residents as a result of the situation.

According to him, the situation has festered waterborne diseases in the area, as well as accidents, as there have been incidents of children falling into the wells.

The concerned residents have also appealed to the District Chief Executive of Twifo Atti-Morkwa, Mr Robert Agyemang Nyantakyi, to ensure that the road linking the community to the main highway is constructed, to enable them transport their farm produce to the market with ease.

They have threatened to vote against the governing New Patriotic Party (NPP) in this year’s general elections in December if their complaints are not addressed.