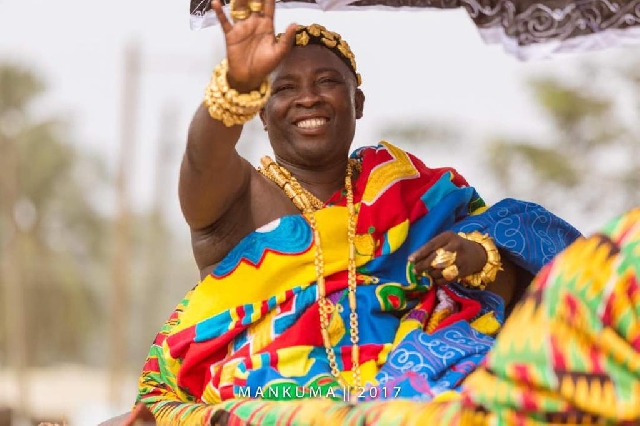 The Gyaasehene of the Apinto Divisional Council in the Tarkwa-Nsuaem Municipality of the Western Region, Dr Nana Adarkwa Bediako III, has returned home.

He had gone missing for a couple of days, sparking speculations and fears that he might have been abducted.

The Akyeamehene of Apinto, Nana Kwabena Obo II, told the media that Nana Adarkwa Bediako III’s vehicle was found without him in the community.

The ignition key and his phones were intact, he noted.

“Last Sunday, a relative of the missing chief, called me and complained that the Gyaasehene is frustrating him in his work”.

“He then threatened that if I hear that the Gyaasehene is dead, then he, Kakra, was the one behind it”.

“I became a bit concerned and went to the palace of the overlord with another chief. We called Kakra in the presence of the overlord, Nana Angu II, but unfortunately, Kakra repeated the threat and hanged up the phone,” he said.

“Yesterday [Wednesday] evening, the driver of Gyaasehene, Paa Kwesi, called me that he had gone to meet the car of the Gyaasehene in front of a financial institution in the area”.

“When he drew closer, he saw the two phones of the Gyaasehene in the car with the car keys in the ignition, but the Gyaasehene was nowhere close to the car”.

“So, I went to the house of the Gyaasehene and picked the driver. We drove straight to the police station and lodged a complaint”, he told Accra-based Citi FM.