Voting on LGBTQI+ bill'll be public – Bagbin: Says no delay antics'll be allowed 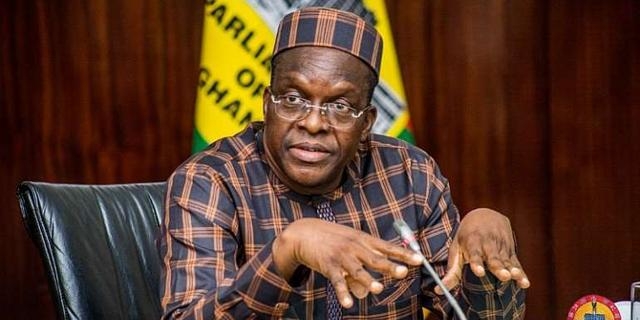 The stance of each of the 275 members of parliament will be known as far as the anti-LGBTQI+ bill is concerned since the voting process will be done in the full glare of the public, Speaker Alban Bagbin has revealed.

He announced on the floor of the house on Tuesday, 26 October 2021, when the house reconvened from recess for the third meeting of the first session of the 8th parliament that the sittings of the committee on constitutional, legal and parliamentary affairs on the bill, will also be public.

Additionally, Mr Bagbin said parliament will allow everybody who has a voice on the matter, to express their views without any hindrance but warned that no one will be allowed to deliberately delay the processes involved in handling the bill.

“You all know that this house handles business beyond government business. We have constituency business and we have private members business. So, there’s a lot to be done within these two months but I want to take the opportunity and make mention of just three important matters pending to be presented to the house”, he noted.

“The first, as you all know, is the bill that has been christened the LGBTQI+”.

“For me, this is healthy for a maturing democracy like Ghana’s”, he noted.

He said: “It’s important we allow various shades of opinion to come canvass their position on the bill”, urging: “As Ghanaians, I want to plead with us to accommodate the views of others – whatever perceptions they have and let’s maintain the peace and coolness of mind and heart”.

Mr Bagbin said: “The parliament of Ghana is capable of handling the situation” and, thus: “I’ll assure citizens of this country that we will create the enabling environment for all to put across their views”.

At the end of the day, he noted, “the processes of the house will determine the outcome”.

Mr Bagbin said he is “very convinced that the law that will come out all this, evenly, will protect the culture and values of our people and the Ghanaian identity”.

“It’s a law that will bring and transform this country into something else. So, please, let’s allow – whether they are religious bodies, civil society, academia or whatever – to participate in the deliberations of this house”.

He said: “I know Ghanaians are expectant and I know we have over 100 petitions before the committee of constitutional, legal and parliamentary affairs but we’ll try not to allow any filibustering of this bill because it’s not only Africa; the whole world is looking for the outcome of this bill and, so, we’ll not just allow people to come and delay the process”.

“We’ll make the process public and I support what the majority leader said: the sitting of the committee will be public and the decision of this house will be public. We will want to know where each member of parliament stands”, he added.