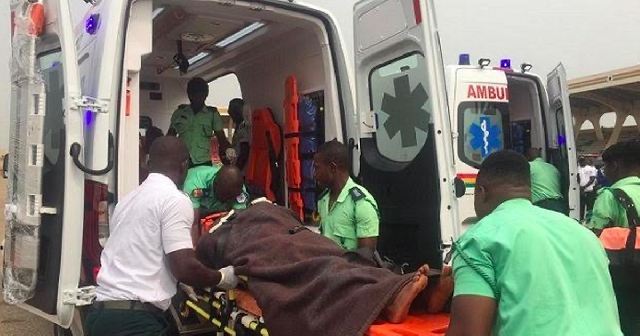 The Western Regional Coordinator of the National Ambulance Service, Dr Tawiah Siame, has indicated the Service’s preparedness for the Parliamentary Select Committee on Health’s probe into the death of Madam Augustina Awortwe, the woman who lost her life after undergoing a Caesarian Session (CS) at the Holy Child Catholic Hospital at Fijai in the Western Region.

According to Dr Siame, the Service is ready for the probe to help unearth the circumstances that led to the death of the woman, who was being transported to the Korle-Bu Teaching Hospital from the Western Region for treatment after the CS.

John Obiri-Yeboah, the husband of the deceased, narrating the incident, said his wife had reported to the hospital on January 3, 2022, expecting to give birth on Tuesday, January 4, 2022.

He said after leaving his wife in the care of her sister at the hospital, he left for his house at Shama Junction only to be called later that his wife had given birth and had developed some complications after the CS and was being transported in an ambulance to the Korle-Bu Teaching Hospital.

Dr Siame welcomed the decision by the Parliamentary Select Committee on Health, led by the Ranking Member, Mr Kwabena Mintah Akandaoh, who is also the MP for Juaboso, to probe the circumstances that led to the death of the woman vis-à-vis allegations that the ambulance drivers demanded an amount of GHS600 from the patient for fuel before transporting her to Korle-Bu.

The MP said the probe will begin when parliament resumes on January 26, 2022.

Dr Siame said: “Sometimes, the fuel is catered for by the institution seeking the services of the ambulance when it has to move out of the jurisdiction,” explaining that “it is the reason the drivers had to drive back to engage the hospital management for the fuel to be paid when the husband of the deceased indicated he had no such amount of money.”

Welcoming the probe, Dr Siame told Accra100.5FM’s morning show Ghana Yensom, hosted by Kwame Obeng Sarkodie on Thursday, 13 January 2022 that in his view, it will help unravel the situations and place culpability and responsibility where they are due.

He said the reason for the ambulance delaying for over some 30 minutes will be known.

Dr Siame said the situation surrounding the decision to direct the ambulance to go to Accra instead of the Effiakwanta Regional Hospital or Cape Coast Teaching Hospital will also come to the fore.

He explained that the above hospitals in the region have the capacity to treat the said complications and, “so, why direct the ambulance to Accra?”

He added that the probe will bring out a lot of matters for the betterment of the sector.