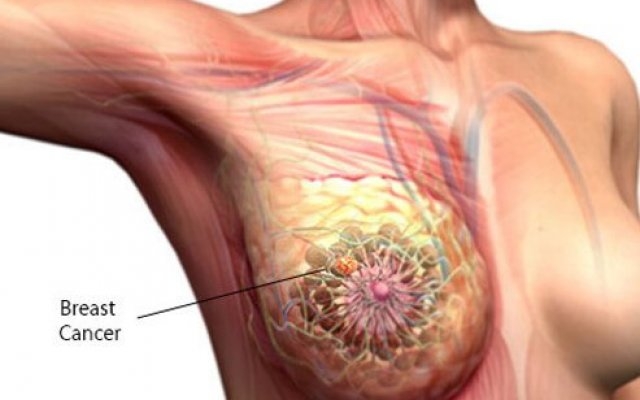 At the launch last Thursday in Accra, a specialist physician and medical oncologist from South Africa, Dr Shun Moodley, stated that the drug was a specialised medication for the treatment of stage four breast cancer — the type that had spread to other parts of the body, most commonly the liver, brain, bones or lungs.

He said at that stage, cancer cells could break away from the original tumour in the breast and travel to other parts of the body through the bloodstream or the lymphatic system.

Dr Moodley said that was very common in Africa because women who were infected with the disease did not present the ailment at its early stage but rather waited till the disease had reached a stage where it could no longer be cured.

“When that happens it calls for urgent treatment, and this drug is perfect for such treatment.

Women who are treated with the drug live longer as compared to those who don’t use it,” he said.

Dr Moodley encouraged women with advanced breast cancer cases to utilise the opportunity and use the drug, indicating that it was the first time the drug was entering Africa, and Ghana was the first country to have it.

A lecturer at the University of Ghana School of Medicine and Dentistry and also a surgeon at the Korle Bu Teaching Hospital, Prof. Joe-Nat Cleggy-Lamptey, also indicated that breast cancer cases in Ghana were increasing due to lack of education and awareness.

He said statistics from the World Health Organisation indicated that there were about 6,000 breast cancer cases in the country in 2018.

Half of that number, he said, lost their lives due to late treatment and failure to seek medical care.

Prof. Cleggy-Lamptey said breast cancer was a disease which required more attention and early treatment, stressing that “if you don’t seek treatment and it advances, it increases the chances of you losing your life.

I propose that women must adopt the habit of going for regular check ups so that the disease can be detected early and cured”.

He further indicated that men were also prone to acquiring the disease, and that about two per cent of breast cancer cases in Ghana were in men.

He said because the condition was mainly associated with women, men largely failed to check their breasts for possible signs of the disease until it was too late, as many infected men subsequently lost their lives.

Prof. Cleggy-Lamptey stated that previously the disease was alien to Africa but due to adoption of Western lifestyle, the continent had also been exposed to their diseases, adding that “people need to check their lifestyle, especially the food they consume; too much fat and low exercise can be a major cause of cancer”.

He also advised that there should be a massive nationwide campaign to create the necessary awareness on a regular basis to ensure that everyone had a fair idea of the disease.