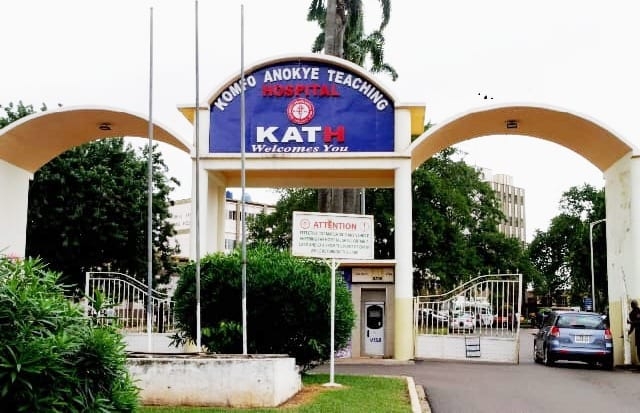 The hospital dismissed the Accounts officer for what it described as a “major misconduct,” on his part

An Accounts Officer of the Komfo Anokye Teaching Hospital (KATH) in Kumasi, Mr Awuni Akyireba, has been dismissed for “major misconduct”.

“The Disciplinary Committee of the Hospital Board has established that your allegation that COVID-19 donations to KATH had been used to buy luxury vehicles had no foundation and, therefore, a total falsehood,” the hospital noted in a letter addressed to Mr Akyireba and signed by its board Chairman Nana Effah Ampenteng.

It further noted: “Again, it is true that the official vehicle for the medical director was involved in an accident but a police report on the incident indicates the driver as Prof Baafuor Opoku, the Medical Director, not his wife, as you alleged.”

The letter continued: “By choosing to go to the media with matters of KATH without authority, renders you guilty of major misconduct under the disciplinary code of KATH Section 13:02 xii (misconduct)".

“Besides, a content analysis of your response to the query given you clearly indicates that you willfully used abusive language on your superior, contrary to the Disciplinary Code, section 13.01 I (poor performance) and ii (misconduct).”

According to the KATH, the accounts officer’s failure to appear before its Disciplinary Committee despite “glaring evidence” that he saw the invitation, means he has committed a “major offence under the code.”

“By a decision of the Hospital Board, you are, accordingly, dismissed with immediate effect,” the letter added.

The Accounts Officer had accused the Chief Executive Officer of the hospital, Dr Oheneba Owusu Danso, of misappropriating funds meant for COVID-19.

He had also intimated that the funds were used to procure luxury vehicles.

He therefore petitioned the Commission on Human Rights and Administrative Justice (CHRAJ) to investigate the CEO.