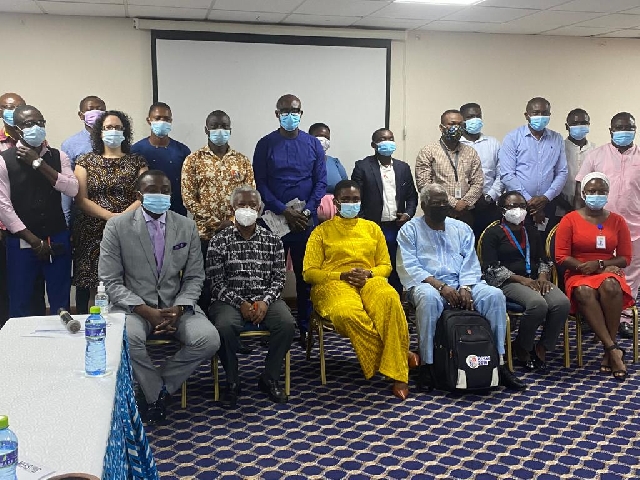 The Mental Health Society of Ghana, together with the World Health Organization, the Ministry of Health, Ghana Health Service, Non-Governmental Organisations and Civil Society Organisations, has called on the government to pay special attention to the rising number of mental health cases in the country and provide the needed support on the ravaging effects of the condition.

In Ghana, about 13 per cent of the adult population is estimated to be affected by mental health disorders of varying forms.

It is estimated that the household cost associated with poor mental health accounts for as much as a third of the total monthly earning.

Statistics from the Ghana Health Service also show that an estimated 3.1 million Ghanaians, representing 10 per cent of the estimated 31 million population, have one form of mental disorder or another, with 16,000 having severe cases.

Speaking at a day’s workshop on the need to invest in mental health in Accra on Tuesday, 10 November 2021, mental health advocate and service user, Abena Korkor Addo, intimated that the time has come for cooperate organisations to take interest in programmes and projects that seek to highlight and project mental health awareness creation.

She said: “The burden on our mental health keeps on growing”, adding: “We don't have any proper funding for it” and “it's worsening the well-being of people”.

For his part, the Chief Executive Officer of the Mental Health Authority, Prof Akwasi Osei, called on the government to invest a minimum package on mental health care services.

He said “people with mental illness, on average, die between the ages of 12 and 20 years”.

“Imagine if they had been living, what would be the productivity? How much will they have contributed to the country, a lot, so as a result of that we are losing.”

Mental health is explicitly included in SDG 3 on the promotion of health and well-being for all, and it is widely acknowledged that good mental health is critical for achieving Universal Health Coverage (UHC).