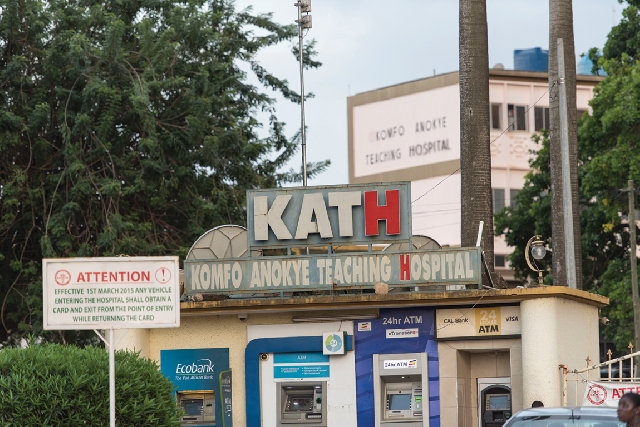 Some patients who reported at the Komfo Anokye Teaching Hospital (KATH) in Kumasi either for laboratory tests or to collect test results have been left stranded.

The patients have not been attended to due to the strike action by the laboratory scientists of the hospital.

According to the patients, they did not have any notification about their strike action only to be told today when they got to the hospital.

The stranded patients noted that they have been directed to go to a private hospital to conduct the test.

The patients, therefore, pleaded with the hospital management to heed the demands of the laboratory scientists to return to work.

Meanwhile, the National President of the Ghana Association of Medical Laboratory Scientists, Dr Abudu Rahmani, has hinted at the possibility of the strike by his colleagues at the Komfo Anokye Teaching Hospital (KATH) in Kumasi to go beyond the Ashanti regional capital if their concerns are not addressed.

The laboratory scientists declared a week-long strike effective today, Thursday, 20 May 2021 to Wednesday, 26 May to 2021.

They said during the strike, all laboratory tests, including those for coronavirus, will be suspended.

Addressing the media on, Wednesday, 19 May 2021, the hospital's chapter chairman for the association, Mr Ernest Badu Boateng, said the strike was declared to demand that the management of the hospital reassign two clinical haematologists who were posted to their department two years ago.

According to him, they have channeled their grievances to the management of the hospital for the past two years to reassign the two specialists but nothing has been done about it.

Mr Boateng indicated that a general assembly meeting will be held on 26 May 2021, to decide on the next action to be taken if their demand is not granted.

He, therefore, called on the management of the hospital to heed their demand and reassign the two specialists.

Adding his voice to the demands, the national president told Class News: “For us to have a resolution, there is a push and a pull: can we all go to our normal states, as it were – let the physicians got to their clinic and let the lab people also be in their lab and let’s sit down and discuss this issue”.

“But it looks like some people feel that if they take that step, there’s defeat. There’s no winner and no loser here”, he said.

He said: “Nobody has been defeated”, adding: “It is just a matter of using maturity to achieve a goal”.

“So, if we all, as mature professionals, can sit and say: ‘Let’s fix it’ because this is a long-term issue, it’s something that has been there for a long time and we say that this time, the issue must be sorted out”.

“And, for us, as long as the issue persists, the strike will persist”, warned, noting: “In fact, as we speak now, the groundswell is becoming much higher and higher and it might not be limited to Komfo Anokye alone”.