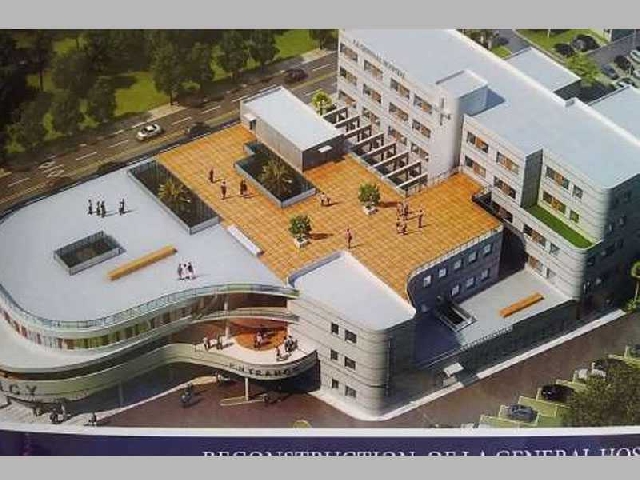 The Municipal Chief Executive (MCE) for La-Dadekotopn Municipal Assembly (LaDMA), Solomon Quartey, has appealed to the chiefs and people of La in the Greater Accra Region to be measured in their demands for the reconstruction of the collapsed La General Hospital.

He called on the people to exercise some patience as the government takes steps to have the hospital reconstructed to serve them better.

He explained that the government demolished the hospital with good intentions; to redevelop the hospital into a better facility that would better serve the people of the area in no time.

He added that the decision to demolish the hospital was because the hospital had over the years failed the structural integrity test.

"We had good intentions for demolishing the dangerous five-storey La General Hospital structure," the MCE said.

He called for calm while trying to address the issues that have accounted for the delays in reconstructing the collapsed hospital while speaking in an interview on the Ghana Yensom morning show hosted by Odehyeeba Kofi Essuman on Accra 100.5 FM on Thursday, January 19, 2023.

He quickly added that had it not been for the Covid-19 pandemic that hit China, the donor partner funding of the La General Hospital redevelopment project, the project would have been completed by now.

He said the donor partner had to pull out of the project because of the Covid-19 pandemic.

He assured the people of La that work will begin on the project by the end of the first quarter of the year as the Ministry of Health has indicated that it has been able to secure some funding for the completion of the project.

According to him, members of the La Youth Association have been duly informed about the decision for work to begin in the first quarter of this year.

In July 2020, the La General Hospital facility was demolished after the hospital’s administration in 2015 reported severe structural problems.

President Nana Addo Dankwa Akufo-Addo on August 10, 2020, cut the sod for the commencement of construction of the La General Hospital Redevelopment Project.

The delay in constructing the project has outraged residents, the Member of Parliament for La-Dadekotpon, Rita Naa Odoley Sowah, and the Ranking Member of the Parliamentary Select Committee on Health, Kwabena Mintah Akandoh.