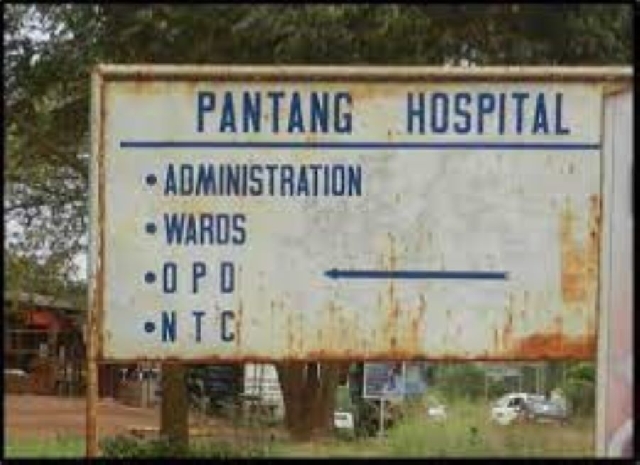 Staff of the Pantang Government Hospital are protesting what they term government’s failure to deal with encroachment of the hospital’s lands.

Clad in red and black, the workers, on Monday, 28 June 2021, held placards with inscriptions such as “Fix the problem now or lose workers”, “Stop the illegal encroachment on Pantang lands,” “Enti mental health daben”, among others.

Speaking to Class News, Dr Alex Owusu, one of the leaders of the aggrieved workers, said they will not return to work until their demands are met.

He said: “This is no new demand; we are saying that we are fleeing from our unsafe work environment”.

“About a year ago, we wrote to so many stakeholders – The ministry of health, mental health authority, the Speaker of parliament, the parliamentary select committee on health, we copied our MP and the list goes on. We’ve written even to the presidency”.

“We wrote about this same issue about our unsafe work environment. It got to a climax when we picked up a bullet from the psychiatric OPD and we felt that it was enough, our lives are at stake, we all have families and I think if our employer, who owes us a duty to provide us a safe work environment, cannot do that then we can’t stay in this unsafe environment anymore”, he said.

“These were the things we discussed and we came to a consensus and we have evidence of all these discussions, we’ve had so many meetings with them and we, as unions, are saying ‘we’ve had enough of the meetings’”.