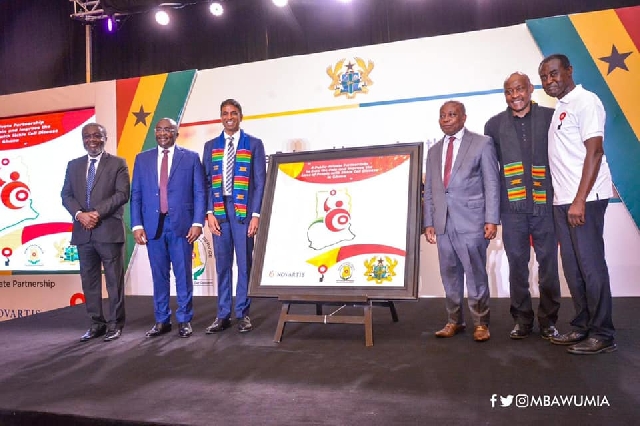 The government has agreed that hydroxyurea, a modifying therapy for sickle cell patients, will now be provided under the National Health Insurance Scheme (NHIS).

Vice-President Mahamudu Bawumia disclosed in a Facebook post as Ghana joined the rest of the world to mark Sickle Cell Awareness Day on 19 June 2021.

The decision to provide hydroxyurea under the NHIS was taken in consultation with stakeholders like the Sickle Cell Foundation, the NHIA and Novartis, a global healthcare company based in Switzerland.

Sickle cell anaemia is an inherited red blood cell disorder in which there are not enough healthy red blood cells to carry oxygen throughout the body.

The symptoms of sickle cell anaemia usually show up at a young age.

They may appear in babies as early as four months old but generally occur around the six-month mark.

While there are multiple types of SCD, they all have similar symptoms, which vary in severity.

The others are swelling and pain in hands and feet, frequent infections, pains in the chest, back, arms, or legs.

Children are only at risk for sickle cell disease if both parents carry sickle cell traits.