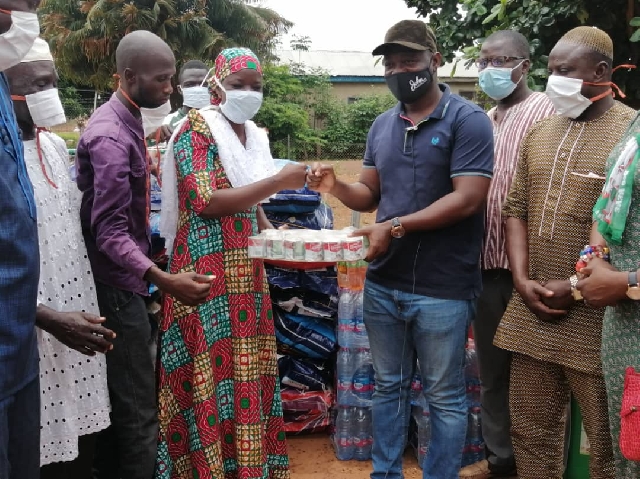 The Member of Parliament (MP) for Tamale North constituency, Alhaji Alhassan Suhuyini has donated food items to Shekhina Clinic at Gurugu, a suburb of Sagnarigu Municipal.

The items, worth thousands of Ghana cedis, were handed over to the successor of the late Dr Abdulai Fuseini (Choggu), Madam Mariam Abdulai Dokurugu.

According to the Tamale North legislator, this was part of his social responsibility to the people, adding that it was in honour of the late Dr Choggu.

He said though the founder is no more, he believed his wife, who is now the caretaker, has handled the facility well, else, it would have collapsed after the late Doctor’s demise.

Speaking on behalf of the organisation, the caretaker expressed her appreciation for the donation.

She used the opportunity to call on individuals, philanthropists, nongovernmental organisations and government agencies to come and support the facility.

The items comprised of twenty (20) bags of rice, five (5) bags of maize, two (2) bags of millet, gallons of Dettol disinfectant, cartons of milk and many more.

Shekhinah Clinic is a facility for the poor and destitute, a charity clinic in the Northern part of Ghana which provides free medical services to the poorest of the poor, provides shelter for the homeless especially the mentally ill, serves daily food to an average of about 150 poor people on wheels each day among others.

It was founded by the late Dr David Abdulai and his legacy continues with the dedicated team of local volunteers led by his widow.