"We walk to work, sleep on empty stomach; pay our 'allawa' now" 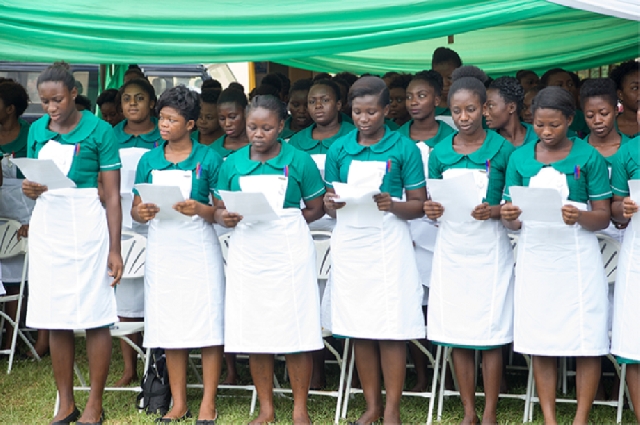 Members of the National Health Students’ Association of Ghana (NAHSAG) have expressed their displeasure at the delay in the payment of their trainee and national service allowances and have, thus, called on the Ministry of Health and relevant stakeholders to ensure the backlog is cleared promptly.

According to the leadership of NAHSAG, the government has not paid its allowances for September, October and November 2019 while the allowances for rotation nurses have been in arrears for six months.

In a statement signed by its president Mr Moses N. Bondong, NAHSAG said: “This issue has become increasingly alarming and we have received a series of complaints from our members who form part of these three groups of people and have duly served, as expected, in various health facilities and, as such, meet the needed requirements to receive their allowances.”

It continued: “The delayed nurse trainee allowance has contributed to a lot of the trainees’ inability to settle debts owed their various institutions such as school fees, even though they are left with just a couple of weeks to end the semester”, noting that some parents of the trainees “depend on these allowances to pay the fees of their wards, hence, sometimes do not believe their wards when they are told allowances have not been paid”.

“Other students whose fees have been paid are also left to their own fate since some parents believe the government is supporting them with allowances.”

The statement further said the story of the MoH-sponsored national service personnel is “no different, as they have not received payments since September 2019”, while newly-inducted graduates have had to go to work “on foot and on empty stomachs”.

“Some have borrowed monies from family, friends and even banks to cater to their upkeep, with the hope of paying back but end up going through all manner of stress due to their inability to settle their debts. The plight of rotation nurses is no different and even goes beyond six months in arrears.”

NAHSAG said the “situation is very disheartening and needs urgent and immediate attention.”

The group has, therefore, entreated the Ministry of Health and all other relevant stakeholders involved in the payment of these allowances to “kindly facilitate the payments, as the students and fresh graduates are going through trying times”.