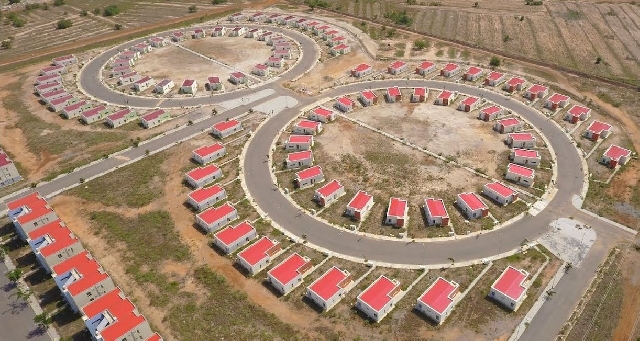 Former housing minister Collins Dauda has been charged with causing financial loss to the state in connection with the Saglemi housing project.

The opposition politician is accused of intentionally misapplying the project sum of $200 million “by causing the said amount, which had been approved by the parliament of Ghana for the construction of 5,000 housing units, to be applied toward the payment of 1,412 housing units under the Saglemi Affordable Housing Project.”

Last year, Mr Dauda’s successor, Mr Samuel Atta Akyea, disclosed that all former government appointees and officials involved in the Saglemi housing project were being investigated by the Criminal Investigations Department of the Ghana Police Service.

Mr Atta Akyea, who described the project as a rip-off, noted that it does not measure up to the cost purported to have been invested in it.

Mr Atta Akyea disclosed this while speaking to the parliamentary press corps on Thursday, 8 October 2020.

“In relation to Kufuor’s uncompleted housing structures, the evidence is clear that the Mills government and the Mahama government did not continue it. Then, I was met with this jejune argument that we have abandoned Saglemi. I say, ‘no, we have not abandoned Saglemi,” the minister said.

Mr Atta Akyea further noted that the Mahama-led administration ripped the country off in executing the project.

He stated: “Saglemi is tainted with embezzlement”.

“There’s no dispute about it, and I could tell you that the Ghana Institution of Surveyors has come out with a conclusive report to the effect that Saglemi is a rip-off and the amount of money that has been blown in Saglemi is over USD100 million and the housing structures over there do not measure up to the money they’ve collected”, he said.

“So, I’m not here to embarrass anybody; I’m here to say that if you didn’t go into the legalities of it, how do you continue? So, now that we’ve surrendered the report of the Ghana Institution of Surveyors to CID, now, we can deal with the issue of going to continue”, he added.

Mr Atta Akyea noted at the time that: “We’re pushing so hard to deal with the issue of Saglemi; it’s not abandoned. It doesn’t give this nation credit at all.”

“That is how civility is all about. You do not try to embarrass somebody because you think that he’s been investigated by the police. Eventually, the police might say that they do not have anything against the person and you would have embarrassed him”.