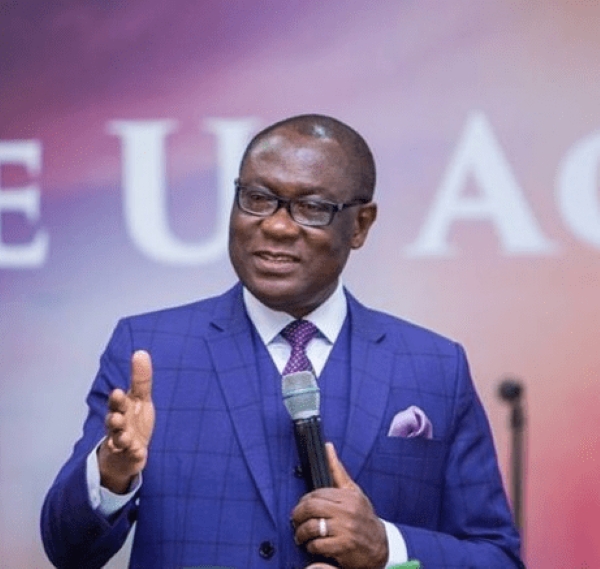 Board Chair of the NPC, Rev Dr Ernest Adu-Gyamfi

The National Peace Council has said it is engaging both the New Patriotic Party (NPP) and the National Democratic Congress’ (NDC) parliamentary caucus to ensure a peaceful resolution of grievances that arose from the 2020 Parliamentary and Presidential elections.

This comes on the heels of some seats being disputed in court by both parties and the recent occurrences during the election of a new Speaker for the 8 th Parliament.

Speaking on the sideline of a Post 7 December 2020 Election Reflection Session organised by the National Peace Council on Thursday, 21 January, 2021, Board Chair of the NPC, Rev Dr Ernest Adu-Gyamfi told Class news that:“We’ve engaged the parliamentary caucuses we’re still engaging them, we’ve not been able to meet all of them yet but the engagement is going on, and making sure that there will be some understanding to think about Ghana first and not ourselves or ourselves or political party.”

Meanwhile the council has disclosed that it intends to hold a healing programme for the country.

The NPC chair stated: “We already have a plan for a national healing dialogue after this whole court case is over. We think that there is a need for that kind of thing, where we can bring all the parties together, all the players together, let’s look at our country, and heal the country.

“So we have that plan there, but we put a hold on it because of all these court cases, we want to see how it will turn out and then we’ll roll out those programmes to bring healing to our country.”

The NPC chair was optimistic that both the NDC and the NPP will have their grievances resolved by the end of February and urged all parties involved to be patient.

“Once judgement is given, it has been given, we’ve seen it in the past, you may not be happy with it but that’s the decision of the court, for now we advise everybody to be patient and allow the processes to go through.

“End of February, the country should be healing.”