2020 polls: Any other choice except No.1 is a vote for retrogression – Bawumia 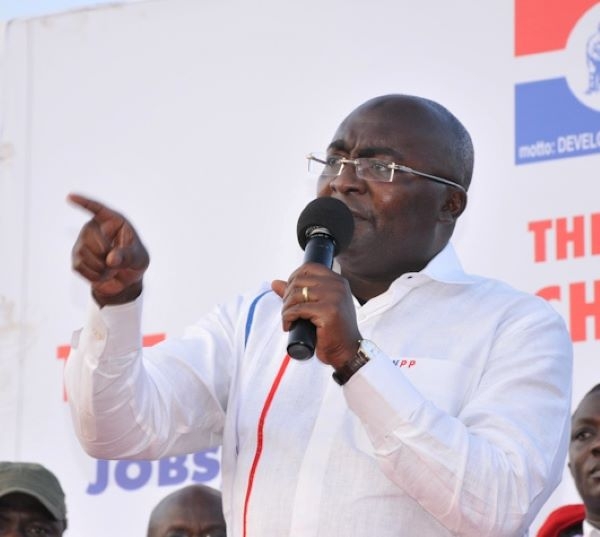 Vice-President Mahamudu Bawumia has said any choice on the ballot paper on December 7 other than the number one, will be a vote for the country’s retrogression.

He has, therefore, urged the people to vote for President Nana Addo Dankwa Akufo-Addo to ensure the development and progress of the country.

The vice-president was speaking during a tour of the North-East Region on Monday, 30 November 2020.

Vice-President Bawumia said: “Next week, Insha Allah, you have an opportunity to make a choice between development and retrogression. Number one, which has Nana Akufo-Addo and all our parliamentary candidates, represents development and progress.”

He stressed: “Any other choice represents retrogression and taking the country back, so, don’t look beyond number 1 next week.”

The Vice-President also reminded the people of the initiatives implemented by the Akufo-Addo-led government to enhance lives and ensure development across the country.

He noted that despite the bad economy inherited from the Mahama-led administration, the current government has been able to turn things around with initiatives such as Planting for Food and Jobs, Free SHS, One Constituency One Ambulance and NABCO.

He reiterated the need for the people to choose the NPP over the main opposition National Democratic Congress (NDC) on December 7 in order to safeguard the policies implemented and the country's development.

“In four years, you have seen the difference between our government, the government of the NPP and the NDC.

“Vote number 1, for the President, Akufo-Addo and the NPP MP to protect all these great policies impacting positively on many people’s lives,” the Vice-President stated.