2022 Budget: 'It was me; I was in parliament yesterday' – Adwoa Safo speaks 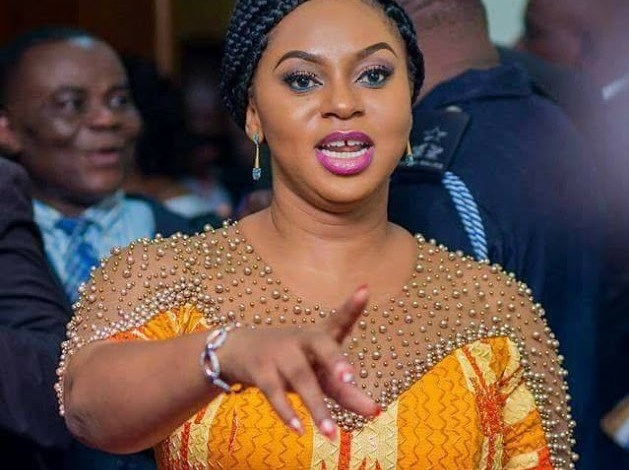 Dome-Kwabenya MP Sarah Adwoa Safo has said she was in parliament on Tuesday during the voting on the 2022 budget statement contrary to social media rumours that someone impersonated her in the chamber.

“As a former deputy majority leader of this house, I want to put it on record that I was present in this house yesterday [Tuesday, 30 November 2021]”, she said, adding: “Mr Speaker, and to state categorically that I cannot force Hon. Okudzeto Ablakwa, who is my friend on the other side, to dress the way I want him to dress and that is an insult on womanhood and so those making that noise should withdraw”, she said in parliament on Wednesday, 1 December 2021 during a debate on the 2022 budget.

The Dome-Kwabenya arm of the opposition National Democratic Congress (NDC) expressed scepticism about the identity of a lady who was seen in the Dome-Kwabenya lawmaker’s seat.

Ms Safo has not been seen in public for months.

Her leave was extended by President Nana Akufo-Addo some weeks ago.

However, social media has been awash with debate about whether or not the lady MP thought to be the Dome-Kwabenya MP was really Adwoa Safo.

Jumping into the fray, the Dome-Kwabenya Constituency Chairman of the NDC, Mr Isaac Lamptey, challenged the governing New Patriotic Party (NPP) to come clean on the identity of the lady who popped up on the floor of parliament as Adwoa Safo.

According to him, the lady cannot be Adwoa Safo.

“As constituents, we know our MP and the personality who purported to be the MP is not our MP”, he insisted.

He said the MP has sisters who look just like her.

However, Mr Seth Kusi, the spokesperson for Adwoa Safo, denied the claims of the NDC, saying she has been in the country as of Thursday, 23 November 2021.

He added that the MP was not seen on the floor of the house on the previous Friday because she was in a committee meeting in parliament.