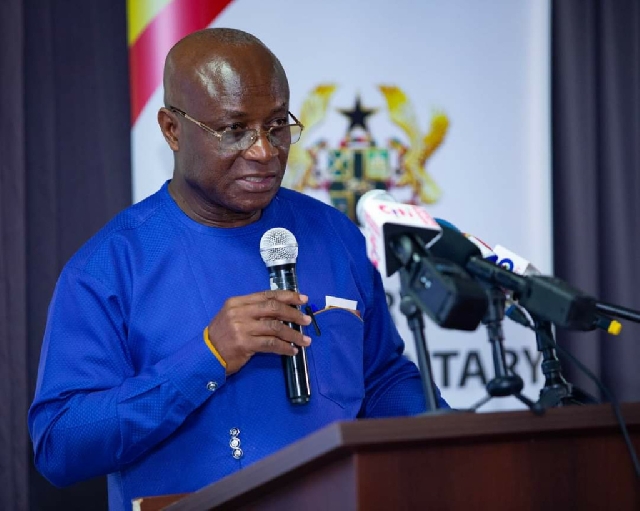 The General Secretary of the opposition National Democratic Congress (NDC), Mr Johnson Asiedu Nketia, has said Majority leader Osei Kyei-Mensah-Bonsu must be blamed for the rejection of the 2022 budget by parliament.

According to him, the Minority in Parliament is not averse to negotiations with the Majority but the behaviour of the NPP leadership in Parliament has led to the stalemate.

“As party leaders of the Minority, we don't trust the NPP Majority,” he posited.

He said there have been countless times where the Majority leader and his governing New Patriotic Party (NPP) have proven not to be trustworthy.

“The Majority leader is not trustworthy...the Majority, on several occasions, has reneged on agreed negotiations on the floor of Parliament,” he disclosed.

“It’s dangerous now dealing with a personality like Mr Osei Kyei-Mensah-Bonsu and his cohorts in Parliament,” he added.

Mr Nketia noted that as a party, the NDC does not trust the NPP leadership in parliament “because of his [Osei Kyei-Mensah-Bonsu's] behaviour and action toward negotiations on the floor of parliament.”

Mr Nketia urged the leadership of the Majority to come to terms with the new normal in Parliament adding that the days they had an absolute majority in parliament was over.

“The Majority needs to disabuse its mind about still having a Majority on the floor. The NPP leadership must change its ways for cool heads to prevail for the good of the country,” he added.