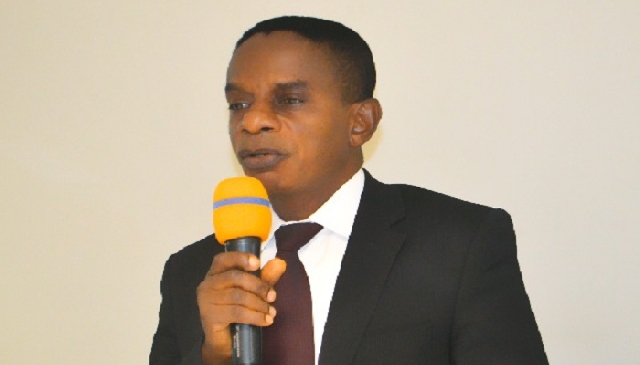 Read excerpts of the report below:

The 258 Assemblies collected a total IGF of GH¢388,149,602.60 during the year. Kumasi Metropolitan and Tema Metropolitan Assemblies collected the highest IGF of GH¢24,683,840.45 and GH¢23,292,321.49 respectively. The least performing Assembly was Yunyo Nansua District (GH¢13,751.00). The sources of IGF were from property rates, fees, licences, royalties and other miscellaneous for recurrent expenditure.

15. Ineffective collection strategies, absence of comprehensive records on properties and businesses, avoidable commissions up to 30% paid to private firms for revenues collections on behalf of the Assemblies continue to contribute to the low IGF collections (20%) to total income. Expenditure and

19. Cash irregularities noted during the audits amounted to GH¢16,085,998.24 and comprised mainly of misappropriation of funds, unrecovered advance/rent, uncollected revenue and unsubstantiated payments.

20. Fund misappropriation continued to occur in the operations of the Assemblies as Collectors and Assembly personnel who failed to account for their collections were not punished, or no efforts made to recover the amounts from them or their guarantors. This comprised; a. GH¢823,536.69 revenue collected not accounted for at 44 Assemblies; b. fund withdrawal of GH¢144,194.00 at Nzema East Municipal Assembly misappropriated; and c. Value books with a face value of GH¢163,352.00 (10 Assemblies) and 407 GCRs (33 Assemblies) were not accounted for.

21. We recommended recovery of the amounts from the revenue collectors and their Guarantors or from Assemblies’ personnel whose negligence permitted the irregularity.

22. Thirteen Assemblies recorded uncollected revenue of GH¢1,705,263.49. This was mainly property rate, dislodging fees and business operating permits. The Assemblies generally did not have rate registers to guide collection and also did not device effective revenue collection strategies.

23. We recommended to Management of the Assemblies to engage their Finance & Administration Sub-Committees of the General Assemblies to device effective strategies to track and collect all revenue from property rates and business permits.

24. Forty-nine Assemblies failed to recover rent from occupants of Government bungalows and other commercial facilities as well as salary advance granted staff amounting to GH¢1,666,944.86. Other case of unrecovered funds involved imprests of GH¢197,505.94 granted to officials at 10 Assemblies for assignments that had not been retired.

25. We recommended recovery of all funds due from the defaulters.

Payments not accounted for

26. Thirty-eight Assemblies disbursed a total amount of GH¢1,529,941.57 on goods and services that had no relevant expenditure supporting records like invoices, waybills, acknowledgments, stores received advice etc. to substantiate the payments. Six Assemblies were also unable to present payment vouchers totaling GH¢258,153.81 for payment on goods and services allegedly provided to the Assemblies. Further, three Assemblies could not justify/ engaged in unlawful payments amounting to GH¢129,544.09 to individual and entities without obtaining value for money.

27. We could not independently verify the authenticity of the payments and recommended recovery of the amounts from the recipients or from the Coordinating Directors and Finance Officers who authorized and approved the payments for no value received.

28. Management of two Assemblies failed to take step to recover outstanding Poverty Alleviation Fund (PAF) of GH¢194,241.98 from the beneficiaries of the funds. Also, management of Ejura Sekyeredumasi Municipal Assembly failed to exercise its oversight responsibility over the financial activities of the Ejura Water Supply causing the water system to accumulate a total unpaid bill of GH¢967,046.13 by customers.

29. We recommended to management to seek approval from the General Assembly and write to the Minister for Finance through the Minister for Local Government and Rural Development for approval to write off the PAF amount involved. We also recommended to management of the Ejura Sekyeredumasi Municipal Assembly to partner the managers of the water system to enter into payment terms with the customers to collect the total debt of GH¢967,046.13 from the customers.

30. The Ga West Municipal Assembly’s failure to pay outstanding amount of GH¢279,000.00 out of a contract sum of GH¢469,000.00 to Duratech Signs Ltd for the supply and installation of 700 street sign posts with lettering and 1,000 house numbering plates for property numbering resulted in a court awarding a judgment debt of GH¢282,722.50 against the Assembly.

31. We recommended that the MCE, MCD and the MFO should be held liable to pay the avoidable cost of GH¢282,722.50 for negligence of duty.

32. These included compliance violations such as uncompetitive procurements (GH¢115,667.70), unaccounted fuel (GH¢110,007.20) and stores (GH¢16,605.00). The irregularities have become a common occurrence as it either involved management personnel themselves or the management’s failure to sanction offenders.

33. We recommended compliance with the relevant laws and recovery of the amounts involved.

34. The infractions noted include: a. twenty-seven Assemblies recorded unearned salaries totalling GH¢370,789.21; b. Mr. Kwamena Mensah-Adams, a Senior Internal Auditor of KEEA who has been on interdiction since May 2014 for alleged forgery was paid a total amount of GH¢53,153.40 as half salaries for 51 months (October 2015 to December 2019) after he had jumped bail; and c. Miss Emily Osei Agyemang of Kwadaso Municipal Assembly was paid GH¢15,291.89 over and above the actual salary of GH¢10,216.64.

35. This occurred as a result of management of Assemblies failure to electronically validate their payroll monthly to block the names of persons not entitled to salary and/or followed up of all unearned salaries to be refunded into the Government designated Salary Suspense Account.

36. We recommended recovery of the unearned salaries from the beneficiaries or the management of the Assemblies involved to be held liable for the payment of the amount of GH¢439,234.50.

37. The infractions noted include: a. management of Techiman Municipal Assembly had abandoned two projects after spending a total amount of GH¢244,541.70 on them; b. three Assemblies made a total payment of GH¢1,479,027.07 on four completed projects but failed to put them to use; c. management of Asutifi North Assembly paid GH¢222,028.73 to two contractors, including GH¢21,409.68 for portions of works not executed; and d. Akrofuom District Assembly awarded a contract of GH¢30,480.00 to M/S Muryan Company Limited to construct culverts between Okyerekrom and Kokotenten, out of which GH¢17,000.00 was paid. However, our site inspection revealed that the culvets had not been constructed.

38. We recommended to the management of the Assemblies to prioritise completion and use of the projects by providing funds for the outstanding works to be undertaken for the benefits of the communities. We further recommended recovery of the total amount of GH¢38,409.68 from the three contractors for no work done.

40. We recommended to the management of the Assemblies involved to comply with the tax laws and further recommended recovery of the avoidable penalties of GH¢22,511.78 from the responsible officials.