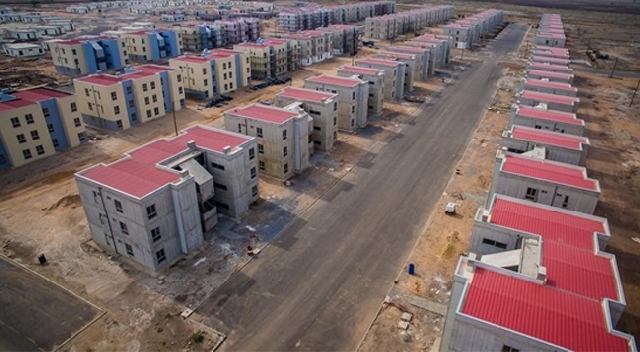 The Ministry of Works and Housing has tasked the Architectural and Engineering Services Limited, one of its agencies, to validate the report of the Ghana Institution of Surveyors on the controversial affordable housing project at Saglemi in the Ningo Prampram District of the Greater Accra Region.

The Ghana Institution of Surveyors’ report, commissioned by former sector minister Samuel Atta Akyea, raised concerns about the decision to revise the number of housing units from 5,000 to 1,502.

It also made some corruption allegations which are being investigated by the police.

The exercise ordered by sector minister Francis Asenso-Boakye, seeks to validate the issues raised in the first report, including the $32 million required to complete the project.

Announcing the exercise, Mr Asenso-Boakye explained: “The Ministry tasked the Ghana Institution of Surveyors to conduct a cost and technical audit of the contract executed by the contractors in the context of the variety of agreements and commitments made by the parties to the project”.

“Based on the foregoing, and in view of the absence of the critical primary infrastructure, the Ministry sought the advice of the Attorney General who subsequently recommended for the issue to be referred to the Police CID for criminal investigation”.

However, he intimated, “having understood the complexity of the issues surrounding this project, upon assumption of office as the sector Minister for Works and Housing, I directed the Architectural and Engineering Services Limited, an agency under my Ministry, to validate the report of the Ghana Institution of Surveyors and advise accordingly.”

In doing all that, he said “we intend to do, we also believe that there is a huge institutional gap in housing deliberation in this country”, adding: “I don’t believe in putting housing development in the hands of politicians because I believe that it’s a technical job”.

“The reason you don’t put housing projects in the hands of politicians is to ensure that we can ensure continuity in addressing housing problems”, he argued, pointing out: “If you are not lucky and find an unscrupulous politician in office, the end result is what we have at Saglemi”.

“Project failure is what you will experience, and it will not be properly thought through and the implementation will not go well and corruption will be the order of the day”.

“That is all Saglemi is all about,” he stated.