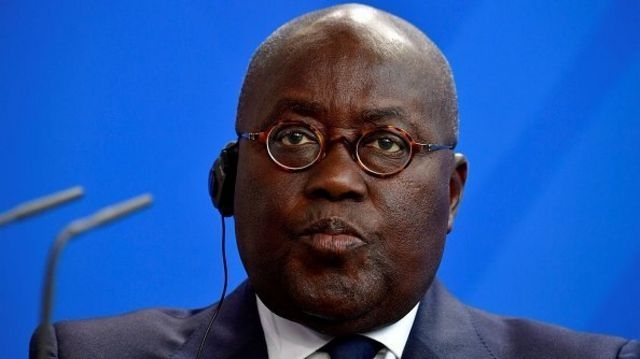 The Alliance for Social Equity and Public Accountability (ASEPA), on Wednesday, 2 December 2020, dragged President Nana Akufo-Addo to the Commission on Human Rights and Administrative Justice (CHRAJ) for allegedly “collecting a $40,000 bribe to influence his decision not to fire the Director of Urban Roads”.

ASEPA, in a statement signed by its Executive Director Mensah Thompson, said the group has “also submitted the video documentary, which is the primary evidence, to CHRAJ to assist their investigations”. 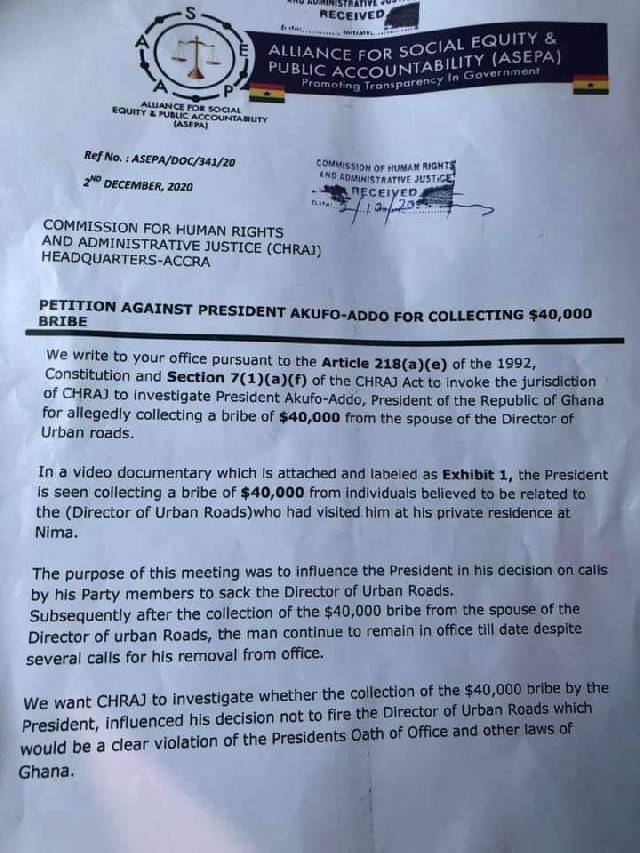 Among other things, “ASEPA is asking CHRAJ to investigate the circumstances leading to the bribery of the President at his private residence in Accra”.

ASEPA also wants CHRAJ to carry “out a forensic audit on President Akufo-Addo’s personal bank accounts to ascertain the flow of funds” as well as the “sources of the funds to establish whether there is a link between the funds and the award of any government contract or the appointment of any public official”.

There are currently two videos in circulation on social media in which a woman who is said to be the wife of the Director of Urban Roads is seen handing over a fat brown envelope to Mr Akufo-Addo.

According to the main opposition National Democratic Congress (NDC), Mr Akufo-Addo took the alleged bribe “as a President” to keep the Urban Roads Director in office.

However, the Editor-in-Chief of the New Crusading Guide newspaper, Abdul Malik Kweku Baako, on Wednesday, told Accra-based Peace FM that the tape on which the NDC is accusing Nana Akufo-Addo of taking a bribe has been doctored.

According to him, the envelope was a donation to the campaign of then-candidate Akufo-Addo in the lead-up to the 2016 elections.