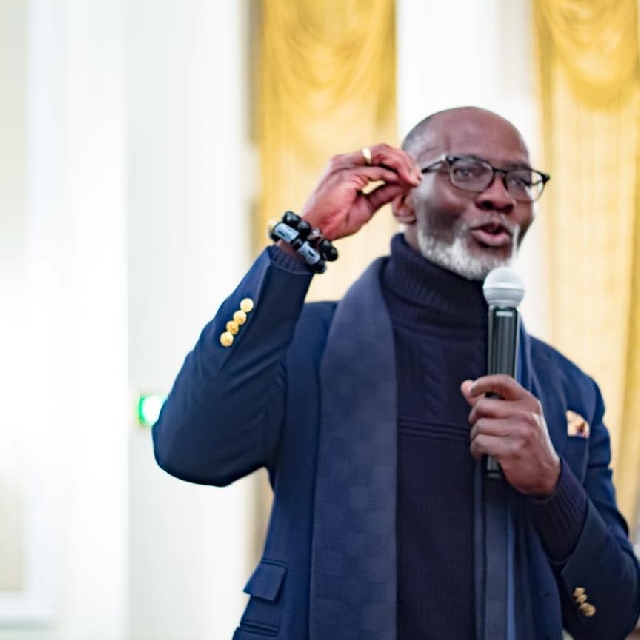 Danquah Institute founder Gabby Asare Otchere-Darko has described as a “big misleading lie”, a claim by Bolgatanga Central MP Isaac Adongo that Finance Minister Ken Ofori-Atta’s Databank and Minister of State nominee at the Ministry of Finance, Mr Charles Adu Boahen’s Black Star Brokerage, as Transaction Advisors to the Ministry of Finance, stand to make GHS210 million as managers of the government's borrowing programme with an estimated GHS60 billion a year gross financing.

In 2020 Adongo lied that ALA took $2m in fees on gold monetisation work. Now he claims Databank $ Black Star stand to make over GHS210m in fees. A big misleading lie! To generate GHS210m in fees, a Bond Market Specialist would have to sell bonds worth over GHS42bn to investors!

In a write-up, Mr Adongo said: “The fees to be shared by the transaction advisors of government borrowing programme, including Ken Ofori-Atta and Charles Adu Boahen's companies is estimated at GHS210 million a year”.

The National Democratic Congress (NDC) lawmaker said: “This is a clear conflict of interest. The minister for finance has made government borrowing his private business and benefitting each time Government borrows through Databank either as a bookrunner or co-manager of Eurobond issuance”.

“Ken Ofori-Atta's Databank has now been joined by Charles Adu Boahen's Blackstar Brokerage Limited to share the spoils. The combination of this deadly team is set to further engage in reckless borrowing as evidenced in the more than doubling of Ghana's public debt from GHS120 billion at the beginning of 2017 to about GHS300 billion by the end of 2020. In addition to the about GHS180 billion increase in Ghana's public debt, about GHS70 billion of the end 2016 debt of GHS120 billion were refinanced and in some instances re-profiled between 2017 and 2020”, he noted.

“No wonder Ghana is bleeding from excessive reckless borrowing without any meaningful benefits to the suffering taxpayers”, he added.

However, Mr Otchere-Darko, who a cousin to President Nana Akufo-Addo and Mr Ofori-Atta, said in a tweet that: “In 2020, Adongo lied that ALA took $2m in fees on gold monetisation work”.

“A big misleading lie!” he said.

“To generate GHS210m in fees, a Bond Market Specialist would have to sell bonds worth over GHS42bn to investors!” he added.