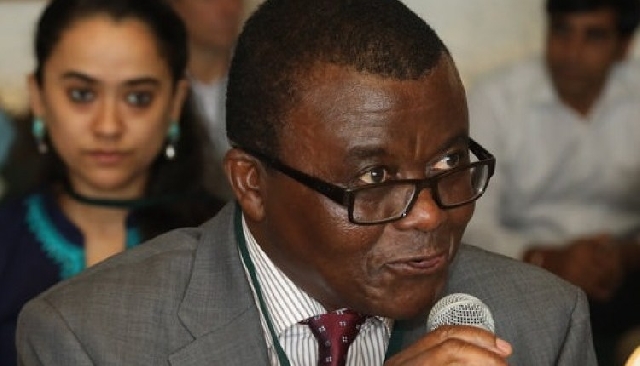 The co-founder of the Center for Democratic Development, Professor Baffour Agyeman-Duah, has indicated that Ghana's history of poor accountability and incessant borrowing is responsible for its current and future economic woes.

Recounting what he called a "very progressive movement" in debt accumulation, Prof Agyeman-Duah, traced a steady increase in Ghana's national debt over the last 12 years.

"You know, when Kufour was leaving office in 2008, we were told that officially, our national debt was about GHS9 billion. Atta-Mills-Mahama came in, the next eight years they moved it from GHS9 billion to GHS120 billion or GHS125 billion. Akufo-Addo came in and now we are approaching GHS 300 billion!"

He also intimated that "public officials do many things that are detrimental to the progress of the country", adding that lapses in our accountability systems perpetuate this behaviour.

In his conversation with Kofi Oppong Asamoah on Class91.3FM's Class Morning Show,  the former lecturer opined that this situation will remain so since governments have no clear cut plan on making money besides borrowing.

He therefore cautioned Ghanaians against the notion of 'a free lunch', likening policies like free education and free utilities to a mortgage.

He said: "...The more we think we are consuming and enjoying today, we forget that we are mortgaging the future by not only building up the debt, [but] this new approach of [even] practically mortgaging our resources in return for loans [for money] to build roads".

He  noed that freebies from the government will have to be recouped through increased tariffs and mortgaged resources as in the case of the COVID 19 utility reliefs and  the Syno-Hydro Deal.

As most citizens may express their dissatisfaction in a government by seeking change at the polls, Prof Agyeman-Duah suggests that real change may not be in the duopoly system Ghana currently has.

"...Even today, you listen to the news, how Parliament is behaving, the hope that a hung Parliament will be more aggressive in cross-checking the executive; we are not beginning to see that. They seem to be compromised on many things. So the two parties, you come in, you chop what you can; you 'don't do nothing'. I come, I chop some. That is the danger we face".