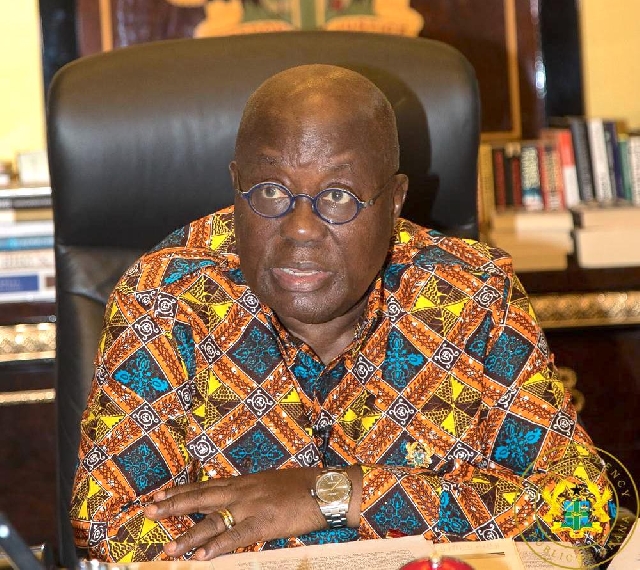 President Nana Addo Dankwa Akufo-Addo has called off the 17 December 2019 referendum citing the lack of a broad national consensus on the matter among the key stakeholders and the populace.

Mr Akufo-Addo has, thus, instructed the Minister of Local Government and Rural Development, Hajia Alima Mahama, who is spearheading the process on behalf of the government, to abort the process and see to the withdrawal of the bills for the amendment of the Constitution, both in respect of Article 243(1) and Article 55(3).

Addressing the nation on Sunday, 1 December 2019, Mr Akufo-Addo indicated that the attainment of a broad consensus, for him, on a matter as important as the amendment of an entrenched provision of the Constitution is critical.

Explaining the rationale for his decision, he  stated that he came into office, nearly three years ago, with the firm conviction, emanating from the campaign and national discussions that there was a national consensus for two important amendments to the country’s governance system, which would enhance its effectiveness and accountability – the reorganisation of the country’s regional governance structure, and the potential involvement of political parties in local governance.

It was in furtherance of this and other matters that on Tuesday, 18 April 2017, a little over four months into his mandate, he held a meeting with his three predecessors; Mr Jerry John Rawlings, John Agyekum Kufuor, and John Dramani Mahama at the Jubilee House to seek their views and counsel on these issues.

“I came away from that meeting with the view that there was a consensus amongst us that the time had come for political parties to participate openly in district assembly elections and local governance,” he said.

President Akufo-Addo noted that, indeed, amongst the leadership of Parliament and amongst Members of Parliament on both sides, and amongst, virtually, all stakeholders who had been consulted either by him or by the Minister of Local Government and Rural Development, the clear indications were that there was a broad national consensus for the repeal of article 55(3).

Debunking the notion that elections in Ghana’s 4th Republic have been divisive, the President stated that elections have rather been a unifying factor in the politics of the 4th Republic, the reason “we have experienced the longest, uninterrupted period of stable, constitutional governance in our history, banishing the spectre of instability that disfigured the early years of our nation’s existence and the benefits are still showing. It would also mean that freedom of association, which is one of the most fundamental freedoms in any democracy, would be given full expression in Ghanaian democracy.”

Regrettably, President Akufo-Addo stated that the main opposition party, the National Democratic Congress (NDC), made a U-turn, and stated that it was no longer prepared to go along with the national consensus.

“They indicated further that they will actively campaign for a ‘No’ vote. In as much as I still believe that there is enough support in the country for a ‘Yes’ vote to be successful on 17 December, I do not believe that this is the proper atmosphere in which an issue of such nature, i.e. the repeal of an entrenched provision of the Constitution should be addressed in our country,” he said.

Even after their U-turn, the President revealed that he undertook consultations across a broad range of opinion as to the way forward, with the general result being that the process of repeal should be put on hold, for the time being, to enable a durable, national consensus to be forged on this matter.

“In these circumstances, I am convinced that it will not serve the public interest to go ahead with the holding of the Referendum on 17 December, even though I believe a strong campaign for a ‘Yes’ vote would have succeeded. This is not the kind of atmosphere in which the repeal of an entrenched provision of the Constitution should take place,” he added.

Despite having an unrepentant belief in party politics being good for the country, President Akufo-Addo stated that: “I also think that, on matters of such constitutional significance, there should be a broad, national consensus behind the repeal of an entrenched provision of the Constitution”.

The President assured that his government will continue to work for a broad, national consensus on the issue, adding that “should such a consensus be attained for the repeal of article 55(3) of the Constitution, and an agreement reached for political parties to participate in and sponsor candidates for election to district assemblies, at any point during my tenure of office as President of the Republic, the matter will be brought again back to the front burner of our public discourse for the necessary action”.