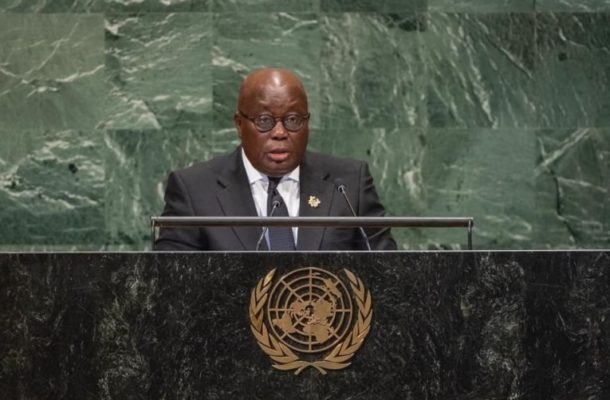 Ghana has held a seat on the United Nations Security Council on three separate occasions.

Speaking at a virtual reception to launch the country’s bid for reelection, Ghana’s Foreign Affairs and Regional Integration Minister, Ms Shirley Botchwey, noted that Ghana’s role is pivotal to ensuring peace in Africa while reiterating Ghana’s commitment to collaborating with the United Nations and all its member states to address global challenges.

“We will work with each member state on the security council to ensure that the world will not only build back better after this COVID-19 pandemic, but ensure that peace and security will be enhanced for humanity in the face of current and future global challenges”.

“That is why Ghana has chosen ‘Enhancing Global Peace and Security for Sustainable and Inclusive Development’ as its theme during her tenure on the United Nations Security Council”.

“This theme, we believe, encompasses and addresses the various complexities of international peace and security”, she said.

For his part, President Akufo-Addo indicated that “with a greater percentage of the agenda of the security council being focused on Africa, Ghana’s experience and pedigree in peace and security on the continent makes her particularly well-placed to provide insights on the range of critical issues of concern to the council”.

He added that Ghana’s continuous leadership in regional security concerns and interventions in West Africa have resulted in the resolution of various political impasses in some countries in the region, including Togo, The Ivory Coast and, in recent times, Mali.

The president also touched on the regional effort of ECOWAS under his chairmanship, which pushed for a peaceful conduct of elections in Benin, on 11 April 2021.

Ghana is hopeful that she will secure enough votes to occupy the non-permanent seat, which is due for June this year.