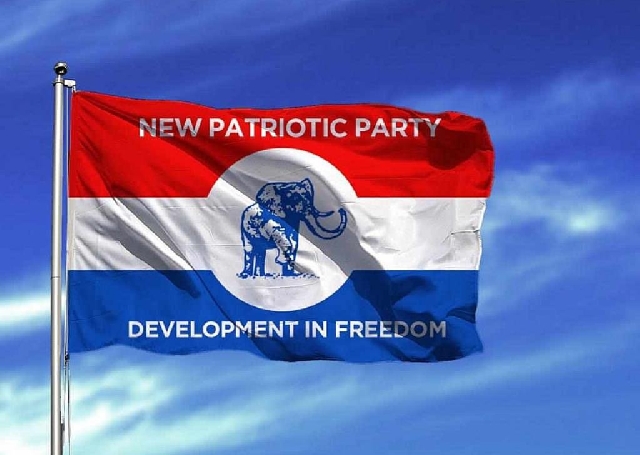 Reports indicated that Mr Kodua slapped the said journalist for secretly recording the party's internal wrangling during an indoor meeting.

He slapped him and also had the party’s security personnel seize the journalist’s mobile phones and also threw him out.

But, in response, the party in the region said: “Nothing of the sort happened and that the story is a fabrication, palpable lies aimed at ruining the success of the just-ended conference and tarnish the hard-won reputation of the regional organiser.”

The party in a statement explaining the incidence noted that the Eastern Regional Annual Delegates Conference was in two sessions. The first was the opening session opened to the media, party officials and delegates in the Eastern Region. The Second session was the business session exclusively for delegates in the region where proposed amendments and other party issues were discussed.

The statement said: “the MC for the occasion who doubled as the Regional Organiser of the party Kwame Appiah Kodua publicly announced after the first session that all journalists are not supposed to join the second session.

“He reiterated this instruction before the commencement of the second session and intermittently announced same.

“Interestingly and for reasons best known to Daniel Bampoe who is not a party communicator, constituency or regional executive member or officer nor a delegate sneaked into the second session, sat behind the area designated for Members of Parliament and covered his face with a hat. He sat secretly and kept glued to his phone.”

The NPP noted that Mr Kodua spotted Mr Bampoe and directed the Director of Communications to walk him out of the auditorium since the business session was not open to the media.

“We gently went close and advised him to leave the auditorium but he engaged in a confrontation with us, asking whether he was an alien to us. The confrontation raised eyebrows and attracted Mr Kodua to the scene who only came to caution Daniel Bampoe not to mal the beauty of the programme and left to continue as the MC of the programme,” the party said in its statement.

It explained further that: “the security personnel who was at the scene gently walked him (Daniel Bampoe) out of the conference hall, took his phone and ensured that he hadn't recorded the business session and later handed over the phone to him.”

The party stressed that its regional organiser never extended even his finger towards the journalist, let alone slapped him.

The incident according to the NPP happened in presence of the general public has dared Mr Bampoe to produce evidence of assault or witness to that effect or a doctor’s report of the said assault.

The statement, therefore, urged the general public to disregard the said publication and treat it with the contempt it deserves.