Amidu didn’t inform us of his resignation – OSP Board 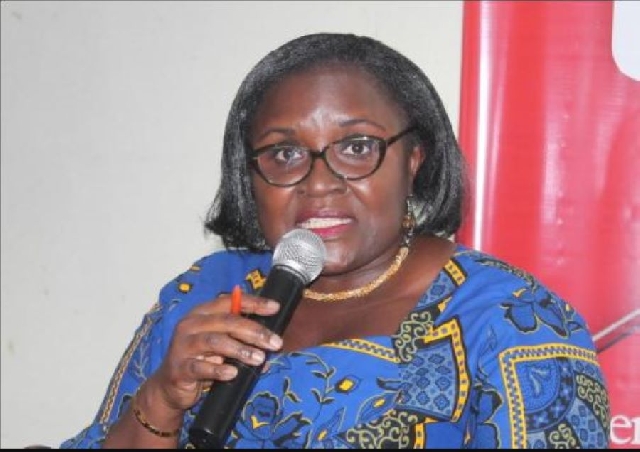 Special Prosecutor Martin Amidu did not inform the Board of his office, of his resignation, Board Chair Linda Ofori-Kwafo of the not-for-profit Ghana Integrity Initiative (GII), the local arm of Transparency International, has said.

According to Mrs Ofori-Kwafo, the Board got to know of Mr Amidu’s resignation through the media.

She stated, therefore, that the Board will meet to discuss the plethora of concerns Mr Amidu raised in his letter of resignation addressed to President Akufo-Addo.

Speaking to Abdul Karim Ibrahim on the Executive Breakfast Show (EBS) on Class91.3FM on Tuesday, 17 November 2020, Mrs Ofori-Kwafo said: “As you can see from the letter, which was directed to the president, the Board itself was not copied, so, the Board got to know the information or got this news just like any other person got it. So, we are also reading for the first time and then, as a body, it will be good for us to meet for us to assess the situation and also look at it from the point of view of the Act, Act 959, which makes reference to the office of the special prosecutor and then we will know the way forward and then, appropriately, the Board will be able to comment on all issues. Until then, it is impromptu for anyone to make any comment.”

According to him, President Nana Akufo-Addo was interfering with the performance of his duties in relation to the corruption and anti-corruption risk assessment he did on the controversial Agyapa Royalties Transaction.

Mr Amidu said the President attempted to convince him to include a response from Finance Minister Ken Ofori-Atta in his report, which he declined because “that would have compromised my independence as the Special Prosecutor.”

Mr Amidu, in his corruption and anti-corruption risk assessment report on the Agyapa deal, said the Transaction Advisor(s) involved in the deal were susceptible to “nepotism, cronyism and favouritism”.

In his resignation letter addressed to the President, the Special Prosecutor further disclosed that Nana Akufo-Addo wanted him to “shelve” the report on the Agyapa deal.

He wrote: “I also refused to shelve my report to enable you handle the matter, which explains my press release to the public on the morning of 2 November 2020 and the follow-up with the distribution of the full 64-page Agyapa Royalties Transactions Anti-corruption Assessment Report to the Public.”

He further explained: “Unbeknownst to you that I had published the full 64-page report to the public, you caused a press statement to be made based on my letter dated 16 October 2020 to you under reference which sought to politicise and downplay the seriousness of the professional analysis of the risk of corruption and anti-corruption assessment reported by my office”.