Amidu has an agenda – Henry Lartey 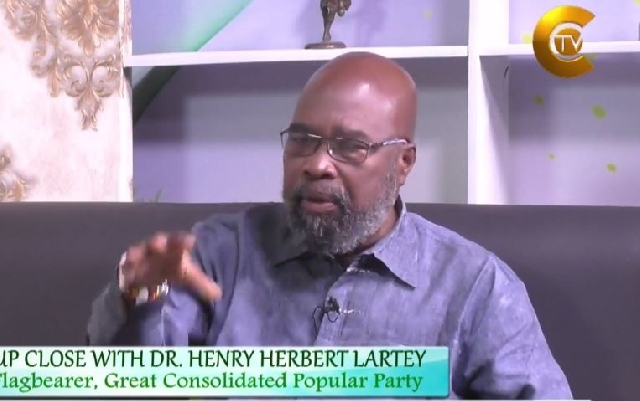 The flagbearer of the Great Consolidated Popular Party (GCPP), Dr Henry Herbert Lartey, has said former Special Prosecutor Martin Amidu has an agenda, hence his decision to resign from office.

According to Dr Lartey, Mr Amidu’s agenda could be his desire to lead the National Democratic Congress (NDC).

He wondered why the former Special Prosecutor cannot work in a team with people.

Dr Lartey noted that Mr Amidu could not work with the late former President John Evans Attah Mills and the flagbearer of the NDC, Mr John Dramani Mahama, hence, he is not surprised he has done the same to President Akufo-Addo.

Speaking to the media after he paid a courtesy call on Asantehene Otumfuo Osei Tutu II at the Manhyia Palace on Wednesday, 18 November 2020, Dr Lartey said: “I was surprised, but, on the other hand, I’m not too surprised because he’s [Amidu] like that.

“He did it to Atta Mills, he did it to John Mahama and I thought a good gentleman like Nana Akufo-Addo, he shouldn’t do that to him and he’s done it to him. He has an agenda; maybe, he wants to be the leader of the NDC; maybe, that’s why he’s doing that”, Dr Lartey guessed.

He wondered: “What good is it if you cannot work in a team and get things sorted out but you pull out. Anytime you have a problem, you pull out; that’s not good, it’s not good at all. Kaiser, you’ve disappointed Ghanaians.”

Dr Lartey noted that if elected President in the December elections, his government will “create so much jobs that it will be shameful to engage in corruption.”