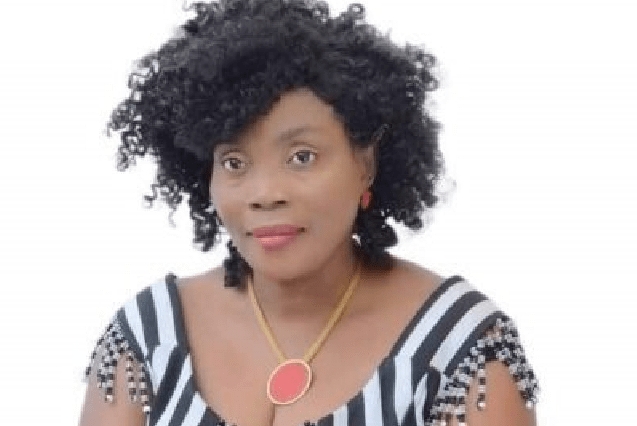 The 2021 presidential candidate of the People’s National Convention (PNC), Mr David Apasera and the party’s National Chairman, Mr Moses Danibaah, have discontinued a court case they filed against the party’s General Secretary Janet Nabla and 17 others over their removal from office. 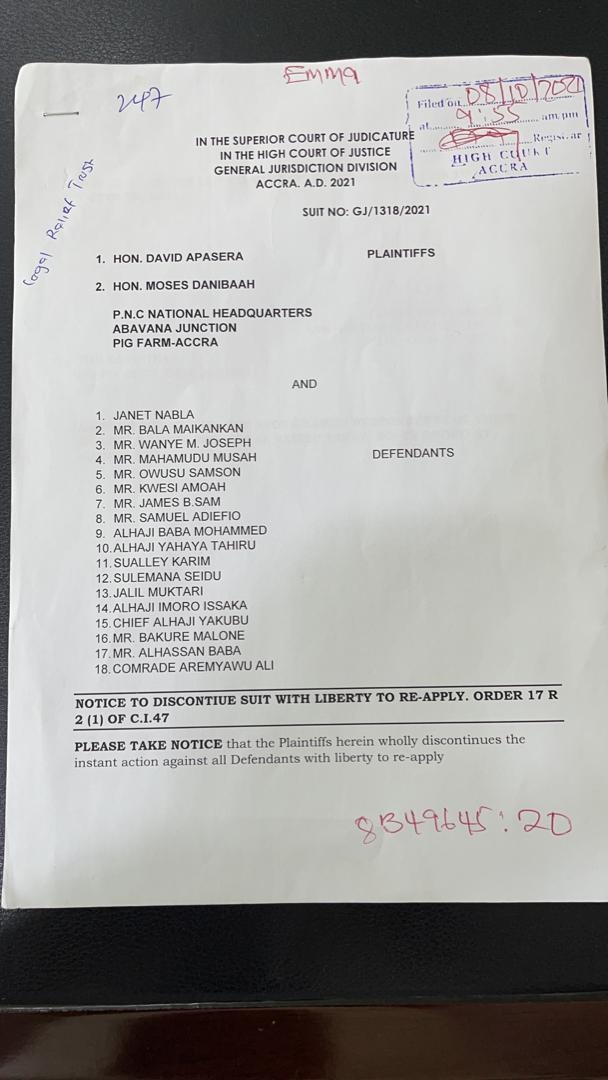 In a U-turn, however, the two PNC leaders, on 8 October 2021, filed a motion to discontinue the case.

Mr Apasera and Mr Danibaah took the legal action during the wrangling in the party.

Among other things, the first suit – filed at the Accra High Court – sought an order barring the General Secretary from holding herself out as such.

It also sought an order restraining Ms Nabla and Mr Bala Maikankan, who was elected as the acting National Chairman of the party at a National Executive Committee (NEC) meeting in Kumasi on 7 September 2021, from going to the PNC's national headquarters or having anything to do with the office.

The plaintiffs also asked the court to declare all decisions at the said NEC meeting on 7 September null, void and of no legal basis.

It was at the said NEC meeting that Mr Danibaah and Mr Apasera were removed from office as national chairman and leader, respectively.