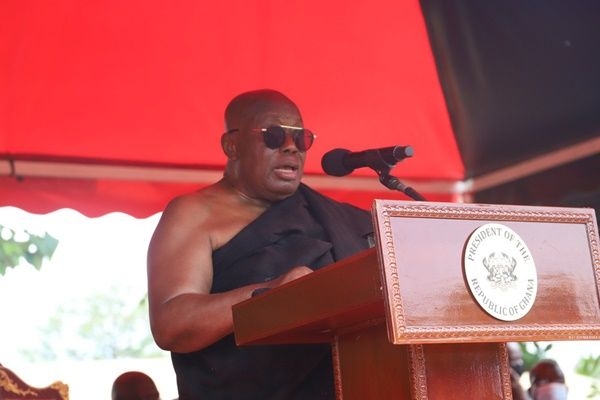 Juaboso lawmaker Kwabena Mintah Akandoh has called on President Nana Akufo-​Addo to apologise to Ghanaians for flouting the COVID-19 protocols when he attended the funeral of the former CEO of the Forestry Commission, the late Kwadwo Owusu Afriyie, aka Sir John, at the weekend.

Thousands of mourners including the President, Vice-President Dr Mahamudu Bawumia, Ministers of State, Members of Parliaments, police chiefs gathered at the funeral of Sir John without adhering to the COVID-19 protocols.

Their conduct sparked outrage among Ghanaians.

Several groups have been prevented from demonstrating or holding public events of mass-gathering nature due to the COVID-19 restrictions imposed by the government.

Speaking on the matter on the Class Morning Show on Class91.3FM on Tuesday, 8 June 2021, Mr Akandoh¸ who is the Ranking Member of Parliament’s Health Committee, called on President Akufo-Addo to apologise for his “irresponsible” action.

He told show host Kofi Oppong Asamoah that: “This president does not respect the laws of the land...”

“In every democratic dispensation, you don’t make one set of rules for some people and another for another group of people.

“There is always supposed to be only one set of rules that everybody is supposed to abide by and, so, you’ll recall people who flouted these rules have been prosecuted and punished and the Crist Embassy is a typical example”.

“Now, for the President himself and his vice and government officials, cabinet ministers and I hear the IGP was there, the Chief Justice, all these people were at that particular funeral. So, the question is: is the law not applicable to them?” he quizzed.

“This president has been taking advantage of the COVID situation”, Mr Akandoh said.

He noted: “When there’s the need for him to go for loans and misapply it, yes, there is COVID. When people want to go on a demonstration against him, yes, there’s COVID, but apart from that, there’s no COVID. And, so, if that happens, as a president, you reduce the presidency to a level where whenever the president talks, nobody is going to take him seriously.”

Mr Akandoh added: “There is a group of people who think COVID is a scam and if you behave in this way, you’ll only strengthen their belief but that notwithstanding, COVID is real...so people shouldn’t take the irresponsibility of the president and his government to mean a vindication of the fact that there’s no COVID, no, there’s COVID.”