B/R: We came to build factories, not to sell them – Akufo-Addo 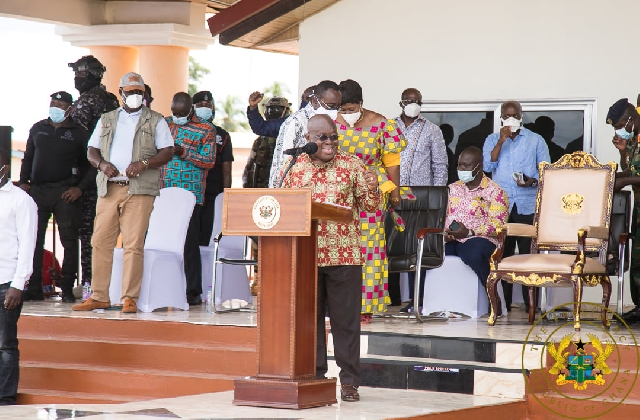 President Nana Addo Dankwa Akufo-Addo has said his government did not come to sell off the country’s factories but rather to build more.

The President was speaking at the inauguration of a tomato processing factory at Jinijini in the Berekum West Constituency of the Bono Region.

President Akufo-Addo noted that the people of Ghana have witnessed the various projects under his government and can attest to the fact that he has delivered his promises.

President Akufo-Addo also indicated that, so far, the Brong Ahafo Region has 14 of the 1District-1Factory projects.

“Last Tuesday at Atebubu, we commissioned a cassava processing factory.

"We have begun industrialisation, we didn’t come to sell off factories.

"We came to build factories for Ghanaians.

"So, at least, if you have a bit of shame in you, like they [NDC] would say: 'Nana we’re giving your stone back because that’s not the way it is'. But they keep propagating lies.”

The President is currently on a two-day working visit to the Bono Region.