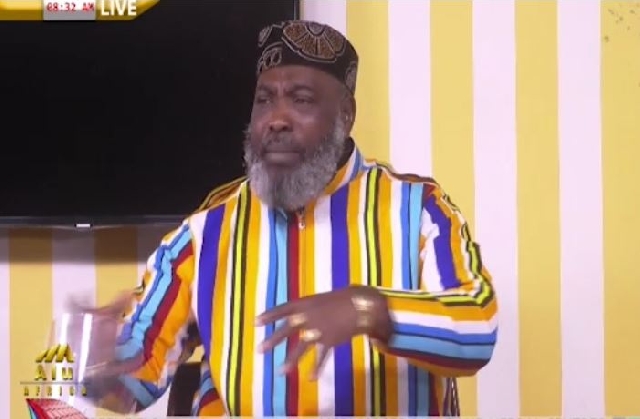 The act of snatching ballot papers while being counted on the floor of Parliament to determine the winner of the Speaker slot on Thursday, 7 January 2020 by Tema West MP Carlos Ahenkorah, was a form of ‘terrorist act’ and he should, therefore, be expelled from Parliament, Insurance analyst Edgar Wiredu has said.

According to Mr Wiredu, the Tema West lawmaker must be severely punished for that act to serve as a deterrent to others.

Speaking on Anopa Dwabre Mu on CTV in Accra on Friday, 8 January 2020, Mr Wiredu told show host Nana Yaw Adwenpa that Mr Ahenkorah’s action should not be entertained or encouraged.

He said: “That act by Carlos Ahenkorah, that guy must be punished”.

“When we are complaining in this country that our general elections are being marred by these same actions. Has somebody not been sentenced for snatching a ballot box?” he asked.

In his view, “that particular act he [Carlos Ahenkorah] did was an action to deny this country of our movement forward because without a Speaker, a President cannot be sworn in…you’re bringing Ghana to a complete mess because we need a Ghana with a President, we need a Ghana in motion…so, such action, you don’t entertain them, you don’t encourage them; that man, like I said, if it’s possible, must be expelled from Parliament”.

Meanwhile, Mr Ahenkorah has apologised for snatching the ballot papers.

In a press statement, Mr Ahenkorah explained: “I did it for the grassroots who relied on us in power to survive, the president who needs some peace to run the country and the greater NPP party as a whole because we cannot always allow the NDC to threaten and vilify us”.

“I apologise though to my family and friends, both far and near, who may be affected by my actions.”

“The NPP in me couldn’t be controlled. I apologise but I tried!!!”

Mr Ahenkorah said he is devastated by the outcome.

“I must say I am heartbroken and dejected. We’ve not seen the end of this yet. With this success, they [NDC] would tell us what they want and what they don’t want in parliament because the whip system has been compromised. This is so sad. I’ll die for my party any day.”