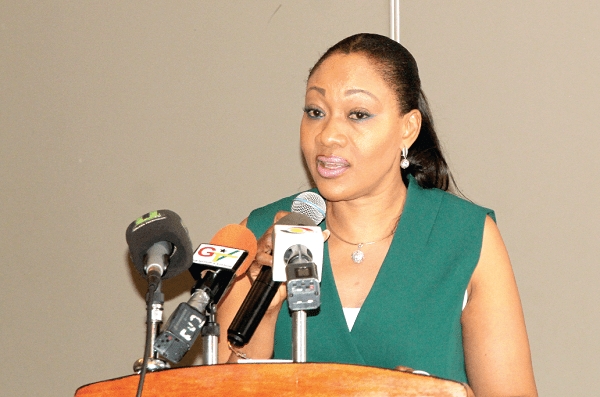 The founder of the United Progressive Party (UPP), Mr Akwasi Addae Odike, has predicted the end of the road for the chairperson of the Electoral Commission (EC), Jean Mensa.

According to him, the tenure of the chairperson of Ghana’s elections management body will soon come to an abrupt end just like that of her predecessor, Charlotte Osei.

He said the end of the road for Jean Mensa will come and he will still be around as the founder and leader of the UPP.

He called on Jean Mensa to be minded by what happened to her predecessor.

Mr Addae Odike made this prediction while reacting to the EC's decision to revoke the licence of his political party.

Mr Odike spoke in an interview with the host of the Ghana Yensom morning show, Emmanuel Quarshie (The Hitman), on Accra 100.5 FM on Friday, November 18, 2022.

He said in the worst-case scenario, he will be contesting the 2024 general elections as an independent candidate if the EC is still adamant about giving back his party’s licence.

He said the EC chair has zeroed in on him and his party because he is vocal about the reign of president Nana Addo Dankwa Akufo-Addo.

The other sixteen parties that were lumped together with the UPP were already defunct, he argued.

He charged that the president is a turncoat, adding this is not what he told many of his followers while in opposition.

He alleged that the president in opposition lied about his true nature.

He explained that the president came to power to show his true nature to Ghanaians.

He strongly argued that the president made a pledge to treat everybody equally but “what are we seeing today? He is treating his family members more equally than the vast majority of Ghanaians.”