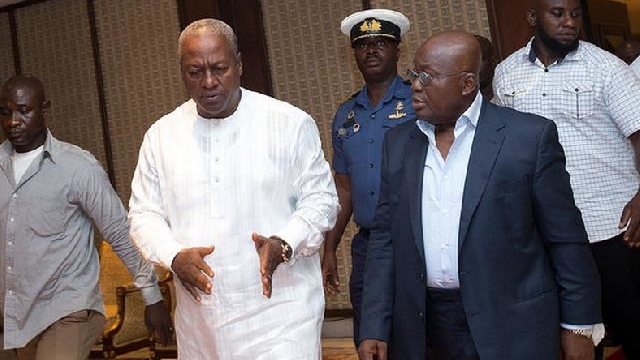 Former President John Mahama has urged President Nana Akufo-Addo and his allies to be more tolerant of criticism and also create an atmosphere that allows freedom of expression to thrive.

Commemorating World Press Freedom Day, the 2020 flag bearer of the main opposition National Democratic Congress (NDC) rote on his Facebook page: “I want to encourage President Nana Akufo-Addo and his close associates to seize the occasion to create an atmosphere that is more tolerant of criticism and devoid of intimidation in order for the media, CSOs and individuals to freely express themselves and contribute to national discourse. #WorldPressFreedomDay”.

In a recent speech to Rotarians in Accra titled ‘Down the up escalator – Reflections on Ghana’s future by a senior citizen’, Mr Sam Jonah, the executive chairman of Jonah Capital, an equity fund based in Johannesburg, South Africa, said: “In the past, when all had failed, academia was the last vanguard”.

“We all remember the role that the Legon Observer played”, he said, adding: “Under the hallowed cloak of academic freedom, men and women of conscience could write and speak words that penetrated the halls of power”.

However, he noted: “It appears to me that in recent times in our fourth Republican dispensation, the courage to stand up for the truth and the determination to uphold the common good are lost. In our dark moments as a nation, it is concerning that the voices of the intellectuals are receding into oblivion”.

“Sadly, it is a consequence of the deep partisan polarisation of our country such that everything is seen through the lenses of politics”, noting: “It appears to me that the culture of silence has returned. This time, not enforced by legal and military power but through convenience, parochialism, hypocrisy and lack of conviction”.

“Where are our Adu Boahens and PAV ANSAHs?” he asked.

“You can’t call that a culture of silence”, he insisted.

“With the greatest of respect”, he said: “You cannot call what is happening in Ghana today a culture of silence”.

“Who is not able to speak?” he asked, citing as an example: “Even when the president was concerned about a documentary that had been created to indicate that he was in support of some violence, what did the president do? He sued at the National Media Commission where nobody gets punished, nobody goes to prison, nothing happens to anybody; people are just asked to apologise”.

He stressed: “The president of the republic, the commander-in-chief of the armed forces, was concerned about a publication, he sued at the National Communication Authority. Is that a culture of silence where he’ll file a writ at the National Media Commission and complain that this journalists has done this story against me, ‘NMC, take a look it’? That is not the atmosphere of culture of silence”.

So, Mr Adom-Otchere noted, “I’m not so sure of the culture of silence”.

“So, I wasn’t surprised when I saw a headline, I didn’t quite read it, I saw a headline where [former President] Kufuor was asking Sam Jonah about where the culture of silence was”.

He said a culture of silence is nothing to be spoken about lightly.

In his view, “if there’s concern about the number of voices speaking for Person A and Person B, you can say that but to say there’s a culture of silence in Ghana is absolutely wrong”.