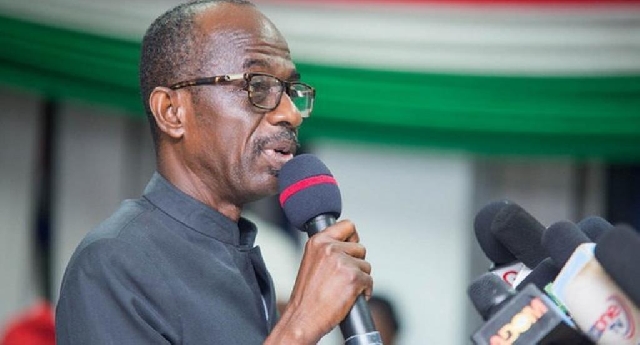 The General Secretary of the National Democratic Congress (NDC), Mr Johnson Asiedu Nketia, has called for the prosecution of the immediate-past Deputy Minister of Trade and Industry, Mr Carlos Ahenkorah, for breaching the COVID-19 safety protocols.

Mr Ahenkorah, on Friday, 3 July 2020, resigned from his post after violating the COVID-19 protocols and exposing a section of his constituents to the virus.

This follows his admission on radio that he breached the COVID-19 protocols, when he, as a person certified to be positive for the virus, visited a registration centre in his constituency before the period of self-isolation was complete.

In accepting his resignation, President Nana Akufo-Addo recognised that Mr Ahenkorah had acted honourably in the circumstances by resigning from his office and wished him well.

Reacting to the development, Mr Nketia said the resignation of the Tema West MP from his ministerial position is not enough.

“Your minsters are testing positive; some of them are going round registration centres spreading COVID-19, they are not being prosecuted. So, we are calling for the prosecution of Carlos Ahenkorah. Resignation is not part of our laws or the COVID protocol. If they have taken that administrative step, we agree, but we are waiting to see that they are prosecuted the same way that the ordinary man on the street has been prosecuted", Mr Nketia told Class FM's Albert Kuzor in an interview.