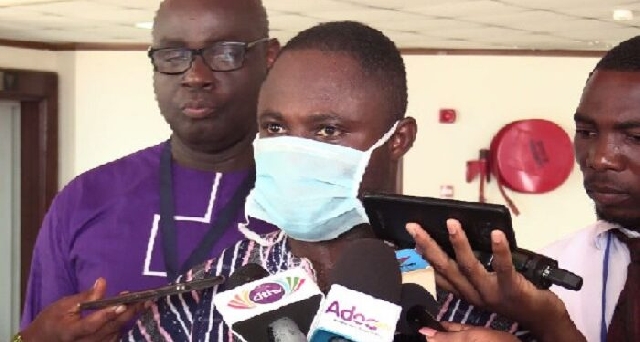 The minority in parliament has demanded an independent probe into the circumstances that led to the use of an ambulance to cart bags of cement, as captured in a trending video.

A ranking member of the health committee of parliament, Mr Kwabena Mintah Akandoh, also rubbished the explanation given by the national ambulance service concerning the incident as unsatisfactory.

The National Ambulance Service, in a statement, said its preliminary investigations indicate that the act was done by a mechanic working on the vehicle, which was still in the custody of the supplier, Service Ghana Autogroup Limited for servicing.

Speaking on behalf of the minority at a press conference, Mr Akandoh said: “I think that the content of the press release is an insult to Ghanaians to say the least, and, therefore, we are calling on the minister responsible for health to commission an independent probe into the matter with immediate effect and report back to Ghanaians”.

“The silence of the ministry is too loud on issues of public interest and, therefore, we are calling on the minister to constitute an independent probe into the matter for Ghanaians to know who and who are culpable and who has been punished for that offence,” he added.

The Juaboso MP also alleged that despite being distributed to constituencies across the country, the ambulances have not been properly integrated into the healthcare system, hence the idleness of the vehicles.