Credit ratings downgrade vote of no confidence in EMT – Economist 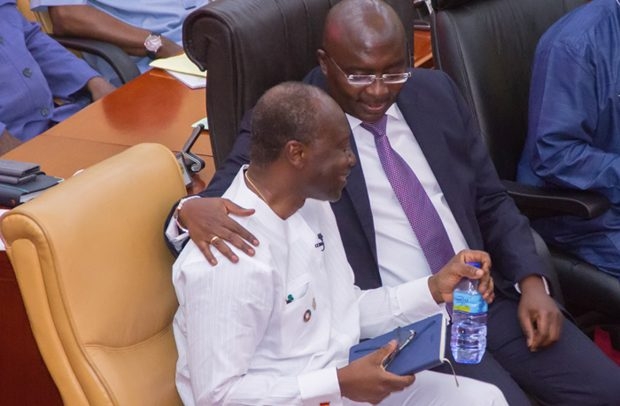 An economist has painted a gloomy picture of Ghana’s staggering economy in the wake of Fitch’s credit ratings downgrade from B+ to CCC.

According to him, what this means is that the country is highly indebted to its creditors.

He noted that what this means is that Ghana is not in the position to pay the monies it has borrowed by way of loans.

He said that this situation has arisen because the country is not looking good in the books of the investors.

He added that Ghana’s downgrade by Standard and Poor and Fitch is as a result of the deterioration of the economy managed by Vice President Dr. Mahamudu Bawumia as the head of the Economic Management Team supported by the Minister of Finance, Ken Ofori-Atta.

He further said the downgrade is a passage of a vote of no confidence in the economic management team.

"Nobody is willing to advance anything, let alone continue doing business with the country," he bemoaned.

He suggested a cut down expenditure on consumption.

He said the only way out of this abyss is for the government to invest heavily in agriculture and grow what "we eat and export the surplus."

He appealed to the government to open up on the state of the economy and call for an economic dialogue made up of economists like Dr. Kwesi Botchwey, Kwadwo Pianim, Dr. Osei Akoto, and Dr. Nii Moi Thompson among other revered economists in the country to help find a local solution for the economic deterioration.

He appealed to the president to take a decision on the Finance Minister or the economic deterioration will continue unabated.

According to him, the investor community does not trust the economic management of the Finance Minister.