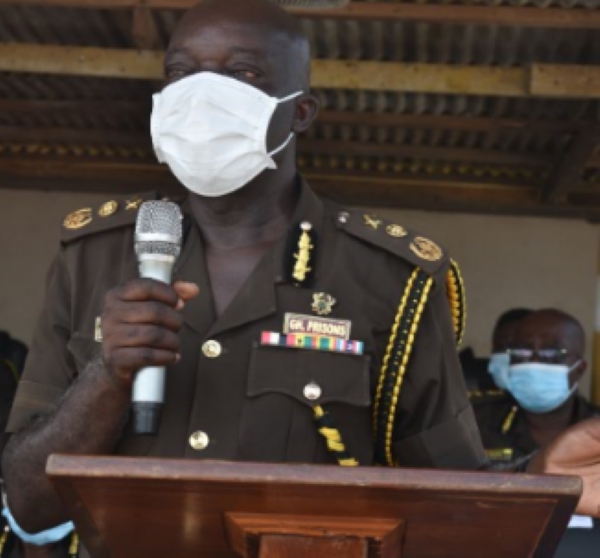 The Director-General of Prisons (DGP), Mr Patrick Darko Missah, has charged personnel of the Ghana Prisons Service to act professionally in the discharge of their duties during the December 7 general elections.

The DGP was speaking at a durbar with a cross-section of prisons officers drawn from Accra and Nsawam at the Cantonments, Accra.

Mr Darko Amissah commended the personnel for their impressive performance in policing previous elections and urged them to continue in the same spirit come December 2020.

The Director-General acknowledged the efforts of officers in helping fight the COVID-19 pandemic and cautioned them not to let their guard down in order to prevent a second wave, as has been witnessed in other countries.

Mr Darko Missah also assured the personnel that those of them who are due for promotions and have gone through the requisite procedure successfully, should keep their fingers crossed for the good news.

The rest include the Commandant of the Prison Officers Training School, DDP. Samuel Agyei Attah and the Eastern Regional Commander and Officer-in-Charge of the Nsawam Medium Security Prison, DDP Ernest Adofo.