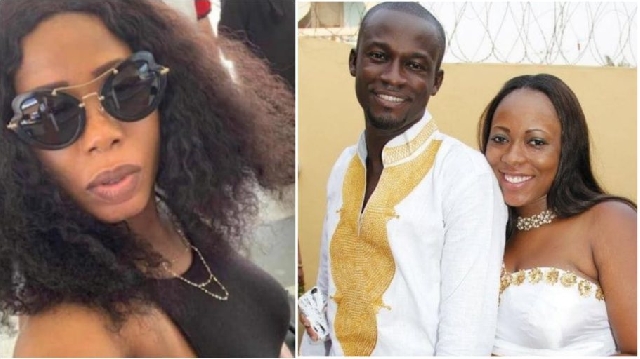 She has taken issue with Mrs Arhin’s claim in her divorce petition that her husband has been having an affair with her (Chantelle Kudjawu).

The suit, filed by her lawyers Clinton Consultancy, said the allegation made by Mrs Arhin has damaged the reputation of Ms Kudjawu publicly and globally by dragging her image into public scandal, odium, contempt and ridicule.

She is, thus, praying the court to declare that Mrs Arhin’s claim is “false, wicked, malicious and defamatory”.

She also wants a “declaration that the plaintiff’s reputation has been injured by reason of the false, malicious, unjustifiable and reckless defamatory” statement.

Additionally, she wants “an order of the court directed at the defendant to publish an unqualified retraction and apology” of the allegation as well as “a perpetual injunction restraining the defendant from further publishing any defamatory material about the plaintiff”.

Furthermore, she is praying the court to award her damages “in the sum of GHS3.5 million for the defamatory statement published in the defendant’s divorce petition”.

She also wants the court to award “aggravated damages for the reckless and malicious publication of the said statement" in addition to “exemplary and compensatory damages” plus cost against Mrs Arhin.

Read parts of Chantelle Kudjawu’s statement of claim below:

1.     Plaintiff is a citizen of  Ghana and at all material times a wife, mother of three and a Private Investigator of 10 years.

2.    Defendant is, from her name, presumed to be Ghanaian and holds herself out as a homemaker in Ghana that is pursuing a divorce from her husband who is a public figure that works within the government.

3.As a wife, mother and successful businesswoman, Plaintiff is very highly respected by many both locally and abroad especially as Plaintiff has by virtue of her practice as a Private Investigator worked with various individuals, bodies, institutions and organs within and outside Chana.

4.     The Plaintiff graduated with a Master's Degree in Political Science and holds a Certificate from Harvard University.

5.     Plaintiff has worked as a Political Consultant, a Private Investigator, a Real Estate Developer and the CEO of several businesses.

7.    Plaintiff contends that her position as head of an international organisation, as well as the office she holds in international circles, all attest to and serves as a demonstration to the high sense of integrity, dignity and respect Plaintiff commands and enjoys in her field of endeavour from her colleagues both in Ghana and internationally.

8.     Plaintiff has by dint of hard work built a reputation for herself not only in her career as a Private Investigator but also in very many spheres of life having taught several persons who are private investigators today and who still hold Plaintiff in high regard.

9. Plaintiff states that her integrity and reputation as an astute and responsible mother of three, with a supportive husband, charity and bourgeoning private investigation practice, enabled her to raise international awareness for her charity and obtain more assignments as a private investigator.

10. Plaintiff says that the Defendant’s defamatory statement against the Plaintiff, in paragraph 14(a) of the Defendant’s divorce petition filed in the High Court of Justice, on Wednesday, February 10, 2021, was carried globally through the internet in the form of being published on online platforms from Thursday, February 11, 2021, to date in a statement titled: “Particulars of adultery: a. The Respondent has other women in his life with whom he has extramarital affairs, including one Chanted Kudjawu (Gertrude Gbajo) whom the Respondent continues to have extramarital affairs with”

11. Plaintiff says that the publication pleaded in paragraph 10 above, was made of and concerning Plaintiff who is otherwise known as Chantel Kudjawu.

12. Plaintiff avers that the Defendant made this statement that was widely published, the subject matter of this present suit, with malicious intent.

13. Plaintiff denies that she has ever engaged in the activities alleged by the Defendant and states that she is a principled and law-abiding professional who does not compromise on the integrity and dignity of her marriage.

14.Plaintiff avers that the publication pleaded in paragraph 10 is a false statement purporting to be fact which was published and communicated to the general public and this fault amounted to at least negligence and damages as we1l as harm caused to the Plaintiff who is the subject of the statement.

15. Plaintiff further avers that the public is not aware of the circumstances surrounding a leaked video call involving one Mr. Albert Kan Dapaah, and the Defendant has taken advantage of this misrepresentation to damage the Plaintiff s reputation publicly and globally.

16. Plaintiff avers that she has also never had an amorous relationship with Mr. Kan Dapaah. Indeed, Plaintiff has met Mr. Kan Dapaah only once in her life, with all other interactions being held purely on phone.

’i 7. Plaintiff says that the defamatory statement cited in paragraph 1 0 above has by the 15" February 2021 attracted thousands and thousands of comments, majority of which were pejorative and deprecatory of the Plaintiff.

18. Plaintiff states that by reason of the publication of the said defamatory words, particulars of which are contained in paragraph 10 (supra), the Plaintiff has been brought into public scandal, odium, contempt and ridicule.