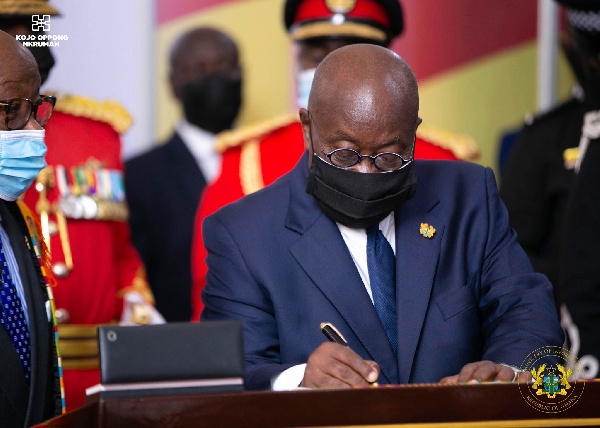 In his response to the petition, the President, through his lawyers, said: “In point of fact, the Petitioner only devotes an overwhelming portion of the petition (30 out of 35 paragraphs) to weak and inconsistent complaints about the ‘declaration of the winner’ of the election by the 1st Respondent and the remaining five paragraphs to empty allegations of ‘wrong aggregation of votes’ and ‘vote-padding’, which, collectively, involves about 6,622 votes – an amount patently insignificant to materially affect the outcome of an election in which the 2nd Respondent defeated the Petitioner by well over 500,000 votes”.

In the 12-page document, the President said in each of the 38,622 polling stations and 311 special voting centres used for the recently-held elections across the country, “the votes were counted and the results declared in the presence of representatives of the candidates, counting agents, voters, the general public and in most instances, the media and local and international observers.”

“Upon the declaration of results, copies are posted at the various polling stations in accordance with the law governing the elections”.

“2nd Respondent states that the Petition does not disclose any attack on the validity of the election held throughout the 38,622 polling stations and 311 special voting centres or any of the processes set out in paragraphs 3 and 4 (supra).”

The “2nd Respondent, in the circumstance, says the petition is merely conjectural and borne out of petitioner’s unfounded imagination and further that the material facts in the petition do not support the reliefs sought and, therefore, same should be dismissed in limine as incompetent.”

Regarding the contentious votes of the Techiman South Constituency, the President said if the total valid votes cast were credited to each candidate correctly, he would duly obtain more than 50% of the votes cast.

He, thus, prayed the Supreme Court to “determine that the petition is incompetent, frivolous and vexatious, and discloses no reasonable cause of action in terms of article 64(1) of the Constitution and set the issue down for legal arguments.”

Article 64(1) reads: “The validity of the election of the President may be challenged only by a citizen of Ghana who may present a petition for the purpose to the Supreme Court within twenty-one days after the declaration of the result of the election in respect of which the petition is presented.”