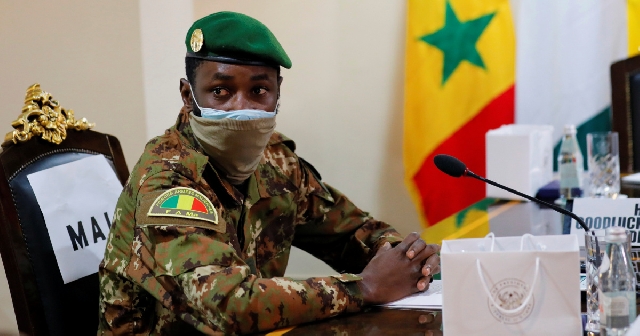 The Economic Community of West African State (ECOWAS) has suspended Mali from the regional body for a recent Coup d’Etat in the country.

ECOWAS is also demanding the immediate release of the former President and Prime Minister of the Transition who are kept under house arrest.

This was contained in a communique issued after an emergency ECOWAS meeting in Accra on Sunday, May 30, 2021.

The turmoil in Mali began last week when Colonel Assimi Goita, Mali’s coup leader and newly appointed interim president ordered the arrest of  President Bah Ndaw and Prime Minister Moctar Ouane following a dispute over a cabinet reshuffle that left out two members of the military.

Goita was serving as the vice president at the time.

Ndaw and Ouane resigned while in detention on Wednesday and were later released.

The declaration, reached between ECOWAS and Mali’s civil and military leaders, said the vice president of the transition “cannot under any circumstances replace the president”.

Below is the full ECOWAS communique

EXTRAORDINARY SUMMIT ON THE POLITICAL SITUATION IN MALI

The underlisted Heads of State and Government participated in the Extraordinary Summit or their duly mandated representatives:

H.E. Alassane OUATTARA, President of the Republic of Côte d’Ivoire;

H.E. Adama BARROW, President of the Republic of The Gambia;

H.E. George WEAH, President of the Republic of Liberia;

H.E. Mohamed BAZOUM, President of the Republic of Niger;

H.E. Muhammadu BUHARI, President of the Federal Republic of Nigeria;

Mr Aurelien AGBENONCI, Minister of Foreign Affairs and Integration of the Republic of Benin;

Mr Rui SOARES, Minister of Foreign Affairs and Communities of the Republic of Cabo Verde;

Mrs Aissata TALL SALL, Minister of Foreign Affairs and Senegalese Abroad of the Republic of Senegal;

Mrs Moussoukoro SANGARE, Charge d’Affaires a. i. of the Embassy of the Republic of Guinea in Ghana.

The following high-ranking personalities also participated in the extraordinary Summit:

The Extraordinary Summit was convened to review the prevailing socio-political crisis in Mali following the arrest, detention and subsequent resignations of the President and the Prime Minister of the Transition on 26th May 2021, as well as to determine the next line of action for the transition.

After the presentation of the report by H.E. Goodluck Ebele JONATHAN, former President of the Federal Republic of Nigeria and ECOWAS Special Envoy and Mediator to Mali, the Heads of State expressed strong and deep concerns over the present crisis in Mali, which is coming halfway to the end of the agreed transition period, in the context of the security challenges related to incessant terrorist attacks and the Covid-19 Pandemic with its dire socio-economic impacts.

The Heads of State demand the immediate release of the former President and Prime Minister of the Transition who are kept under house arrest.

The Heads of State strongly condemn this recent Coup d’Etat, which is a violation of the decisions taken at the extraordinary Summit held at the Peduase Lodge, Aburi, Ghana on 15th September 2020 and a violation of the Transition Charter.

After extensive discussions on the situation in Mali, the Heads of State and Government took the following decisions:

Reaffirm the importance and necessity of respecting the democratic process for ascending to power, in conformity with the 2001 ECOWAS Protocol on Democracy and Good Governance. They particularly condemn all actions that led to ongoing instability in Mali, and its attendant consequences in the region.

Decide to suspend Mali from ECOWAS Institutions in line with ECOWAS provisions;

Call for a new civilian Prime Minister to be nominated immediately;

A new inclusive government should be formed to proceed with the transition programme;

Reaffirm the need to respect the transition period of 18 months decided in Accra. In this context, the date of 27th February 2022 already announced for the Presidential election should be absolutely maintained. A  monitoring Mechanism will be put in place to this effect;

Reiterate the earlier decisions that the Head of the transition, the Vice-President and the Prime Minister of the transition should not, under any circumstances, be candidates for the forthcoming Presidential election;

Reaffirm ECOWAS’ support to accompany the transition process in Mali.

Urge all international partners (the African Union, the United Nations, and the European Union) to continue to support Mali towards the successful implementation of the transition;

Congratulate and encourage the Mediator to persevere with his mediation efforts and remain seized of the situation in Mali through the Local Monitoring Committee.

The Heads of State call for the immediate implementation of all these decisions in conformity with the transition timetable defined. To this end, they urge the Mediator to return to Mali within a week to engage stakeholders on these decisions.

The Heads of State express their gratitude to His Excellency Nana Addo Dankwa AKUFO-ADDO, President of the Republic of Ghana and the current Chair of the Authority of Heads of State and Government of the Economic Community of West African States (ECOWAS), for convening this Extraordinary Summit on the political situation in Mali and for the facilities made available to ensure the successful conduct of the extraordinary Summit.