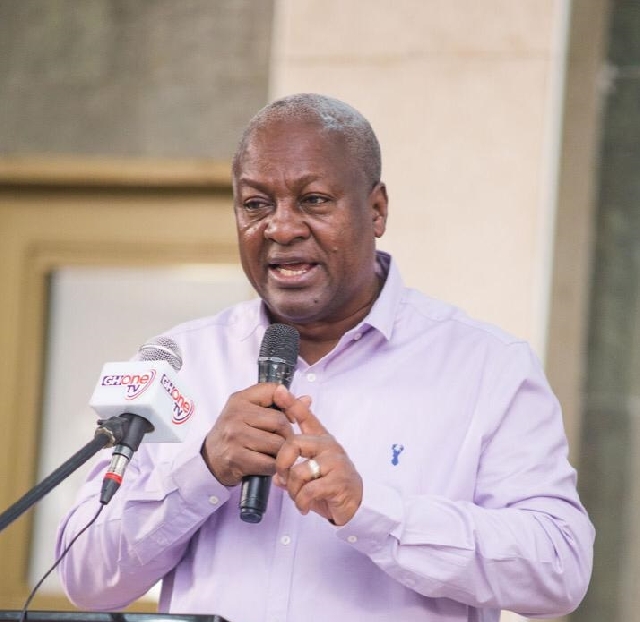 Speaking at the grand durbar to mark the climax of the Asogli Yam Festival in Ho,in the Volta region over the weekend, the former President while blaming the Akufo-Addo-led administration for the current hardships said the government has equally lost corruption fight.

“The NPP government has completely lost control of the fight against corruption. President Akufo-Addo in his inaugural address promised to protect the purse. Today, that public purse cannot be found. Revelations in the Auditor General report for 2021 are only a microcosm of the seeming institutionalization of corruption under this administration,” he lamented.

He pointed out, “I am using this festival to draw attention to this important national issue that requires the support of all citizens. Economic difficulties in the country are unbearable. Cost of living has increased significantly because of rising inflation. Prices are changing in the market every day, and this makes it difficult for the ordinary Ghanaian to survive.”

Meanwhile, the government says the inherited banking sector crisis, which caused it to use GHS25 billion to clean up the sector, coupled with the payment of GHS17 billion for excess energy capacity – another inherited liability from the Mahama administration, the Russia-Ukraine war and Covid-19 are the reasons for the current difficulties.

These according to Vice President Dr Mahamudu Bawumia are the reasons the government has resorted to the International Monetary Fund for a bailout.