Election Petition: Justice should not be sacrificed for expedition – Tsatsu tells SC 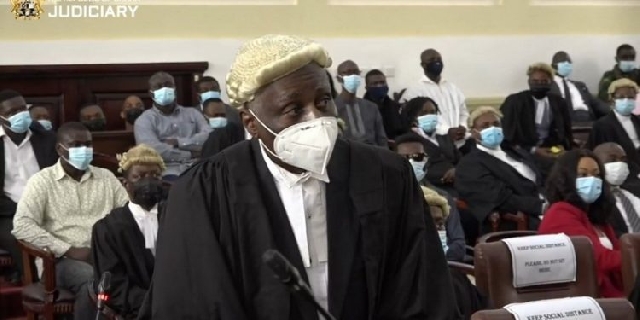 Counsel for the petitioner in the ongoing election petition, Tsatsu Tsikata has on Wednesday, 20 January, 2020 said “Justice must not be sacrificed for expedition.”

Mr Tsikata was reacting to the timelines for the hearing of the petition by the Supreme Court.

According to Mr Tsikata, although the Supreme Court would want to stick to the timelines as provided for in C.I. 99 with regards to election petitions adjudication, justice must not be disregarded.

Counsel for Mr Mahama, wanted the court to consider some “outstanding issues” within the modalities in which the petition is to be conducted.

Mr Tsikata said: “The timeline that is provided for us to have witness statements does not seem to be justified… I do know about the schedule provided, but I also know that your lordships are here to administer justice and that justice should not be sacrificed for expedition.”

This means, the hearing of the case will continue.

The court has since adjourned to Tuesday, 26 January 2021 for the hearing of the substantive matter.

The court has set out five issues for next Tuesday’s trial.

The witness statements are expected to be filed by Thursday, 21 January 2021, while arguments on the Preliminary Legal Objections by the Respondents must be filed by Friday, 22nd January 2021.

Also, arguments in response to the Preliminary Legal Objections by the Respondents must be filed by Monday, 25 January, 2021.

Meanwhile, Spokesperson for 2nd respondent in the ongoing case, Kojo Oppong Nkrumah has described the action by Mr Mahama’s lawyers, in response to the Supreme Court’s timelines stipulated for the hearing as an attempt to delay the process.

“They are looking for a media spectacle so that Mr Mahama can continue to remain relevant,” Mr Oppong told journalists after Wednesday’s hearing.

Mr Mahama's legal team has however refuted claims that it is attempting to delay the hearing process.