Election petition: You 'erred' in refusing my case reopening application – Mahama to SC; files for review 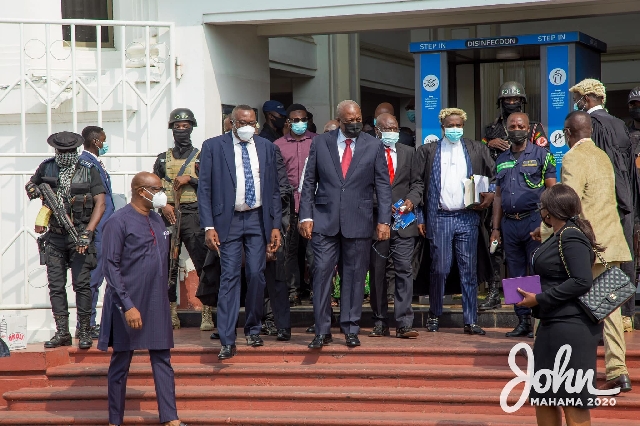 Former President John Mahama has filed for a review of a decision by the Supreme Court which said he could not reopen his case in the ongoing election petition through which he is challenging the presidential results of the December 2020 polls as declared by the Electoral Commission.

The Supreme Court, on Tuesday, 16 February 2021, ruled unanimously that Mr Mahama could not reopen his case for the sole purpose of subpoenaing the star witness of the EC and using her as an "adverse" witness.

However, Mr Mahama, in a review application filed by his lawyers, said the court committed errors in law in its ruling.

The court will hear the application on Monday, 22 February 2021.